Are we alone in this universe? CIA documents reveal the truth

Are we alone in this universe? CIA documents reveal the truth

Some cite the report­ed sighti­ngs of UFOs in the world and claim that humans are not alone in this univer­se
By Ismail Sheikh
Published: February 3, 2016
Tweet Email 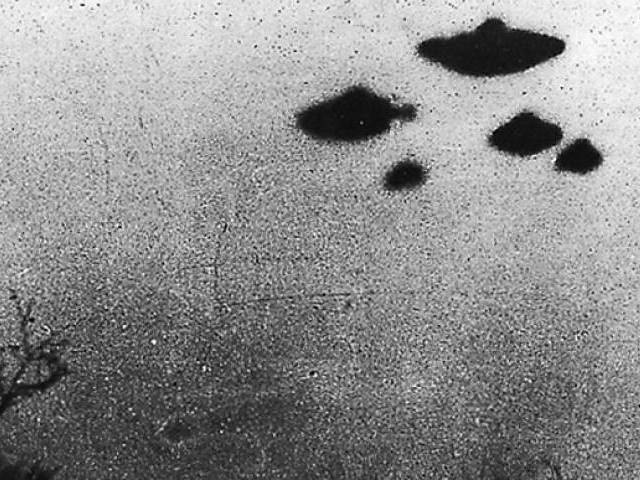 “Are we alone in this universe?” This question has fascinated human since its very beginning. And despite all the technological advancements and being able to land the mission on Mars, scientists still do not have any definite answer to the age-old question.

Sightings of unidentified flying objects (UFOs) and the existence of extra-terrestrial beings have long been a contentious issue.

While some claim that humans are not alone in this universe as they cite the reported sightings of UFOs in different parts of the world, others point at lack of conclusive scientific evidences in supports of existence of any other life form.

Recently, American civilian foreign intelligence body Central Intelligence Agency (CIA) highlighted some of its investigations into the reports of UFOs from the trove of declassified CIA documents. The documents, which date back to 1940s and 1950s, have again brewed some conspiracy theories.

The documents, which they have named after famous television series X-Files, are divided into two categories. The first set of cases includes those cases which could reinforce the possibility of existence of extra-terrestrial activity, while second the set of cases could reinforce the idea of those who think there are scientific explanations for all such so-called UFO sightings.

One of the most interesting incidents of UFO sighting occurred in East Germany in 1952. In 1952, an eye witness Oscar Linke on oath said he saw an object resembling a huge frying pan, having a diameter of 15 metres landed in a forest clearing in the Soviet zone of Germany.

Linke claimed that he was returning home to Hasselbach town with his 11-year-old daughter, Gabriella, when his motorcycle’s tyre blew out. While walking their way home, Linke’s daughter pointed at something approximately 140 metres away from them.

According to Linke, when he walked towards that direction, he saw two men in shiny metallic suit. When he went closer, Linke claimed, “I noticed a large object whose diameter I estimated to be between 13 to 15 metres. It looked like a huge frying pan,” adding, “On top of the object was black conical tower about three metres high.”

However, he claimed that when his daughter called him from behind, the two men, one of whom had a lamp on the front of his body, jumped on the conical tower and disappeared inside the object.

According to Linke’s account, the object then rose and disappeared in the direction of Stockholm.

Besides the East Germany incident, several other incidents of UFO were also recorded that year.

On May 22, 1952, people saw a strange object flying at a high speed leaving a trail of smoke. According to an account, unlike other so called flying saucers, the witness said this one was not flashing lights or rotating on its axis and traveled in a straight line.

In June 1952, dock workers in Taourirt, Morocco witnessed a strange phenomenon when they saw a disc of white flames surrounded by two circular strands with smoke trailing out of it for 30 seconds. The object soon vanished.

A 1953 report, detailing the findings of a CIA Scientific Advisory Panel on Unidentified Flying Objects, said the panel members were impressed with the lack of sound data in the majority of cases and concluded that reasonable explanations could be suggested for most sightings.

“It was interesting to note that none of the members of the panel was loath to accept that this earth might be visited by extraterrestrial intelligent beings of some sort, some day,” the document said.

“What they did not find was any evidence that related the objects sighted to space travellers,” it added.

While the panel rejected most of the UFO sighting, it acknowledged, “One of the panel members, in his presentation, showed how he had eliminated each of the known and probable causes of sightings leaving him ‘extra-terrestrial’ as the only one remaining in many cases.”

Despite the panel member’s background as an aeronautical engineer and technical intelligence officer, the panel could not accept any of the cases cited by him because “they were raw, unevaluated reports.”

According to former CIA Chief Historian Gerald K Haines, the agency took a substantial interest in UFOs until the early 1950s, The Telegraph reported. Since then, he says, it has paid “only limited and peripheral attention to the phenomena”.

Anyway, if you ever come across such phenomenon, here’s a step-by-step guide by CIA on how to investigate UFO.