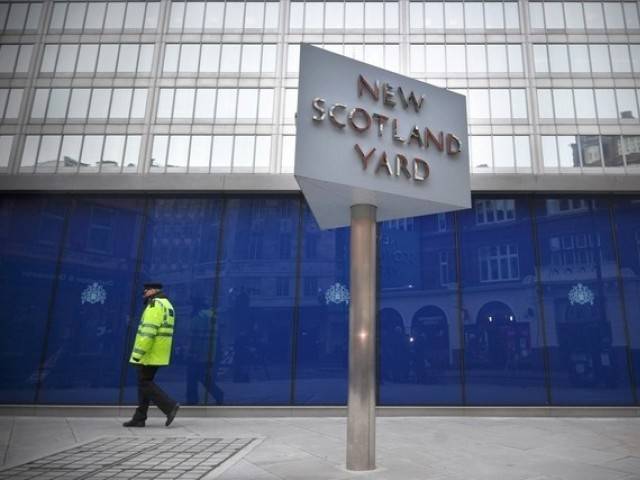 At the time of writing, there is insufficient evidence to bring a criminal charge, reads bail cancellation notice. PHOTO: AFP

A Scotland Yard’s spokesperson told The Express Tribune on Monday that the cancellation of bail means the MQM supremo and other accused will not have to appear before the police.

However, the investigation is underway, the spokesperson added. “They are under investigation and not charged. Hence, there is also no question of charges are being dropped.”

Party leaders Tariq Mir and Mohammad Anwar are among others accused in the money laundering case.

According to an MQM statement, the bail cancellation notice states, “at the time of writing, there is insufficient evidence to bring a criminal charge”.

On October 6, 2015, Altaf was granted bail for a fifth times since the Scotland Yard began investigations into the money laundering charges against him.

The accused are being investigated for undocumented cash found at the party’s London office in December 2012.

“Those who leveled allegations against us must understand we were right in the past and today as well,” said party leader Wasay Jalil. “They should accept that Altaf Hussain and MQM is a reality.”

In June 2013, the Scotland Yard also seized a huge amount of cash from the MQM chief’s residence and office.

The Karachi-based party insisted that the money seized was all donations – mostly from businessmen.

Maulana Abdul Aziz to be appear before court on Tuesday