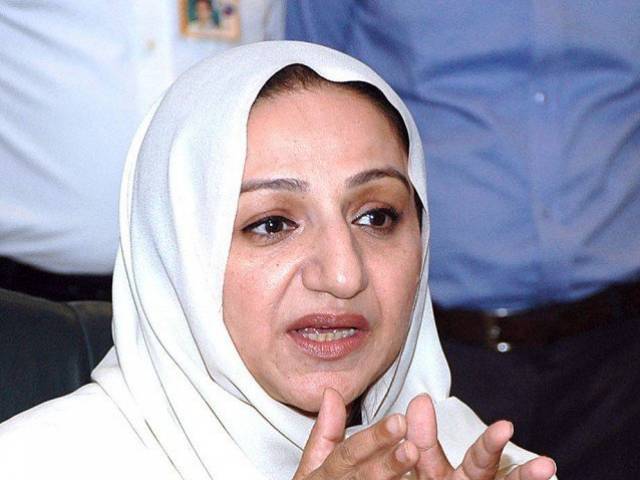 ISLAMABAD: Minister of State for National Health Services, Regulations and Coordination (NHSRC) Saira Afzal Tarar on Friday said the government was committed to ensuring transparency and adhering to standards while regulating medical services and education in the country.

Addressing a press conference, Tarar said his ministry would work in coordination with the newly-elected body of the Pakistan Medical and Dental Council (PMDC) but would not compromise on transparency.

“PMDC should carry out a fresh survey of all medical and dental colleges, rank them, and develop a mechanism for recognition and accreditation of colleges,” Tarar said and added that the new body now had mandate to look into corruption and other issues including bogus medical colleges and fake doctors.

“We expect from elected office bearers of the regulatory body to ensure transparent policy by defining its role, responsibility and domain,” the minister said, adding the council should also check mushroom growth of medical colleges in the country.

Tarar said in order to restore the eroding public confidence in the regulatory body, it should employ a robust mechanism for grievance redressal system and establish rigorous monitoring and evaluation system. In the council, equilibrium in administrative powers is imperative as this remained chief source of conflict and controversy over the years, she said.

To a question whether the ministry would investigate charges against ministry officials of taking bribes to award accreditation to medical colleges in the past, she said there were institutions like NAB and FIA to do that.

At the press conference, Dr Sania Nishtar, who was member of a judicial commission appointed to look into PMDC issues and also a former federal minister, said the transparent and fair manner in which revamping of PMDC had been taken deserved appreciation.

The newly-elected PMDC president Dr Shabbir Ahmed Lehri vowed to launch a campaign to check educational standards and medical services at colleges and hospitals. He said the council comprised members from all over the country.

He said that teams consisting of credible people would be sent to check standards at colleges and hospitals. In case of slackness, they would be given six months for improvement and in case of failure indiscriminate actions would taken against them including closure.