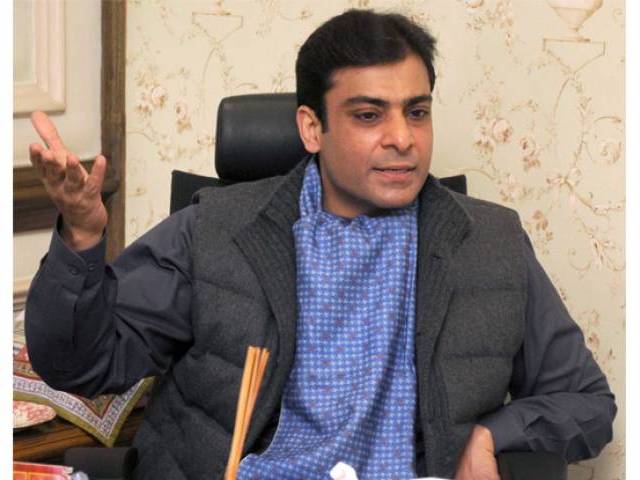 The next two-and-a-half years are of crucial importance for the country, Pakistan Muslim League-Nawaz central leader Hamza Shahbaz said in an interview with The Express Tribune on Thursday. “The political party that delivers what it promises will prevail.”

The government is looking towards the nascent local government set up in the province to deliver on a wide array of services, he said. The idea to devolve powers to the grassroots comes from the PML-N’s central leadership which believes that local problems must be solved at a local level. “We plan to allocate a handsome amount for this purpose.”

The strategy towards this involves forming committees comprising local government representatives to identify and find solutions for issues dealing with health and education among others.

“There are three major problems at the local level which only local government representatives can solve best. These are problems pertaining to sewerage, access to safe drinking water and cleanliness.”

He said the PML-N had planned to empower local governments and equip them so that they could solve these issues on their own. “We can truly make a difference by devolving power to address these issues at the grassroots level.”

He said local government representatives had not yet assumed offices, “but when they do, we will be in a better position to understand how the balance of power between them and the legislators is to be maintained”.

The PML-N has been working on all fronts, he said. “It is handling mega projects of great international and diplomatic significance alongside efforts to devolve power to the grassroots.”

The China-Pakistan Economic Corridor (CPEC) will prove to be a game-changer in the region, he said. “As will the Orange Line Train project which is worth $1.5 billion…it will change the culture of Lahore we know it.”

Commenting on the demonstrations against the Orange Line Train project, he said, “When the Metro Bus project was being planned, many politicians had called it names and had bashed it. Now we all know how it is benefitting thousands of people every day.” He said the criticism levelled against Orange Line Train would die out once the project was completed. “Pakistan is racing along the road to progress. It is playing the mediator between Iran and Saudi Arabia and China is investing massive amounts of money in our country…this is a sign that the global community trusts our leadership.”

Discussing Imran Khan’s criticism of the PML-N-led government, he said Khan’s charm had faded even among his supporters. “His party hasn’t done much in KP. He went there to inaugurate an overhead bridge…here in the Punjab we are completely overhauling our infrastructure.”

Similarly, he said, Bilawal Bhutto could criticise projects all he wanted, “I would suggest that he spend more time in the country”.

The Punjab used to be a stronghold of the Pakistan Peoples Party at one time, “but this time around they couldn’t even find candidates for the local government elections”.

To a question about whether politician Javed Hashmi was considering re-joining the PML-N, he said, “I met him a while ago and he expressed best wishes for us. We respect his services but there has been no discussion on whether he would join the PML-N any time soon.”

Recalling his days at the Government College Lahore, he said he was only a student when he had been implicated in police cases.

“When my family was in exile, the NAB used to call me and make me wait for hours. One day, a NAB officer called and told me to tell my father that they couldn’t find anything against him even though they had combed his files for months,” he said.

Bar and bench must try to get along: Aitezaz