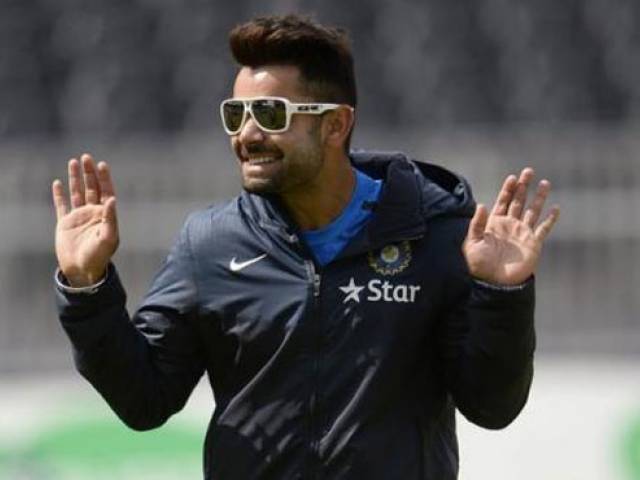 KARACHI: A Pakistani cricket fan is facing up to a decade in jail after he was charged Wednesday for jubilantly waving the flag of longtime foe India when his idol Virat Kohli made a match-winning knock.

Police said Umar Daraz, 22, went “against the ideology of Pakistan” when he waved the flag at his house in Okara town in Punjab province Tuesday during the match against Australia in Adelaide.

Daraz was celebrating Kohli’s amazing knock of 90 not out, which set up India’s 37-run win in the first of three Twenty20 internationals against Australia.

Nuclear-armed neighbours Pakistan and India have a long history of animosity dating back to independence from Britain in 1947, and have fought three wars.

Regional police officer Faisal Rana said Daraz was charged under Pakistan’s penal code with acting against Pakistan’s sovereignty. He could face up to 10 years in prison and a fine.

“Daraz initially told us that he is a true Pakistani but likes Kohli and never knew that was a crime,” Rana told media.

“His act is against our country’s sovereignty and is against the ideology of Pakistan.”

“He is a diehard fan of Kohli and there were big posters pasted on the walls of his house,” the officer said.

India stalled cricket matches against Pakistan in the wake of a 2008 militant attack in the commercial hub Mumbai that left 166 people dead and was blamed on extremists based across the border.

Last month, India refused to play a planned series with Pakistan after agreeing to stage the matches in the neutral venues of Sri Lanka.

The foes last played a full bilateral series in 2007.