65 childr­en were also rescue­d from the kiln houses­
By Our Correspondent
Published: January 23, 2016
Tweet Email 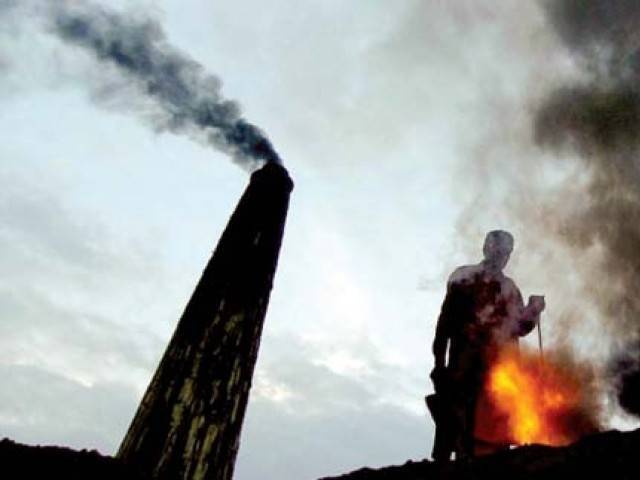 65 children were also rescued from the kiln houses. PHOTO: FILE

A Labour Department spokesman a campaign had been launched to check conditions at kiln houses where minors were forced to provide labour. He said scores of people had complained that many kiln workers were not being paid the minimum wage. He said Labour Department officials had checked 95 kilns across the division over the week. As many as seven kilns were seized and 35 people were arrested. The Labour Department also rescued 65 children.

‘Child labour is a crime’

“Employing children at factories and kilns and exposing them to hazardous conditions is a violation of basic human rights,” said Bahawalpur Commissioner Saqib Zafar on Friday. He was addressing a meeting with kiln owners.

The commissioner said cases against 55 kiln owners had been registered over the week for various violations of labour laws.

He said such practices should be discouraged. “Children should be in school. Their place is in classrooms, not factories,” he said.

He said kiln owners should cooperate with the government in its enrolment drive.

“Do not employ children at your kilns,” he said.

DPO Sarfraz Ahmad Falki said if a child between the ages of five and 14 years was found working at a kiln during school timings, the brick kiln would be sealed for seven days. The DPO said kiln owners could face imprisonment between seven and 60 days and face fines between Rs50,000 and Rs500,000.