Bollywood's raunchy side comes to the fore

Bollywood's raunchy side comes to the fore 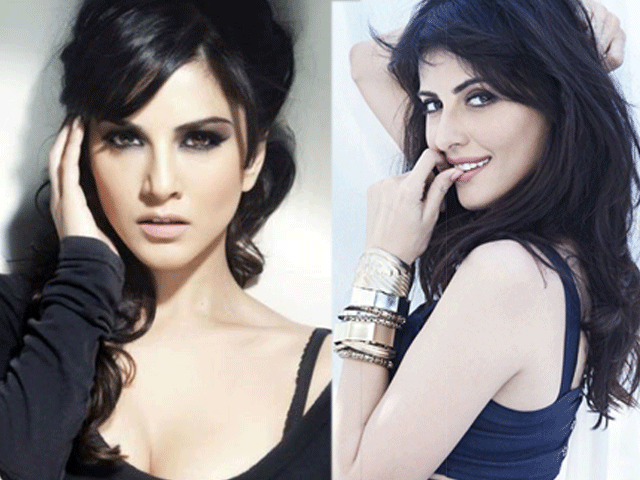 With three films hitting the theatres, is this the year of sex comedies? PHOTO: DECCANCHRONICLE/24INDIANEWS

Bollywood’s recent sex comedies Kya Kool Hain Hum and Mastizaade are soaring high on success, proving that not only are Indian filmmakers no longer modest about brazenly promoting adult films, but the demand for this genre has increased tremendously.

“Sex comedies in India are getting bolder and the audience is showing interest in the genre. Many sex comedies are popular in the international market, but in India the market has grown in the past five years,” trade analyst Akshaye Rathi told Mid-day.

And judging by the big bucks Sunny Leone’s adult film Mastizaade is making at the box office, it’ll be no surprise if her prediction of 2016 as “the year of adult comedies” comes true. Back in 2004 and 2005, Bollywood saw a revival of adult films when first installments of Masti and Kyaa Kool Hain Hum franchises hit cinemas. The films included risque scenes, objectification of women and plenty of sexual innuendos.

“Box office. That’s why things happen in Bollywood,” film critic Anupama Chopra told Quartz. “Most of the past adult comedies have been able to recover their money.”

Which explains why adult films are now looking towards Bollywood since satellite TV is not churning in the money. “This genre is not for satellite television, so producers have to ensure that the film is budgeted properly,” said trade analyst Komal Nahta in an interview with Mid-day.

Some critics have snubbed these films and are far from impressed by the scripts. “These films are appalling. I am not afraid of sexual content in films. But right now, the writing is pathetic. My beef is that they are not creating great comedies. Let’s have witty stuff, not so puerile,” Chopra said.

Even though the Indian government has taken steps to control online viewership of pornographic content by blocking more than 850 websites, the fact that filmmakers have now started targeting younger men, has not helped.

Since sex is a taboo topic in the society, young males view adult films as “a natural progression”.

“There are plenty of jokes on the male anatomy in that (Mastizaade) trailer but, and I hardly blame you… you noticed the bits about the female anatomy. That’s conditioning. Strip a man, nobody notices. Put a willing woman in a bikini and everybody screams murder,” Rangita Pritish Nandy, producer of Mastizaade, told Scroll.

On the other hand, India’s censorboard has also laxed considerably towards adult flicks.

“I am surprised at the hypocrisy of the censor board, which lets films with such overtly sexual content pass, and yet cuts down a rather chaste kiss in Spectre. Isn’t vulgarity more offensive than direct physical contact?” Tula Goenka, filmmaker and professor at Syracuse University, New York told Quartz.

As people argue over the double standards of the censorboard, Chopra feels it “lacks a coherent vision and a proper system” and needs direction.