Do or die: Azhar Ali’s time as captain may be running out

Do or die: Azhar Ali’s time as captain may be running out 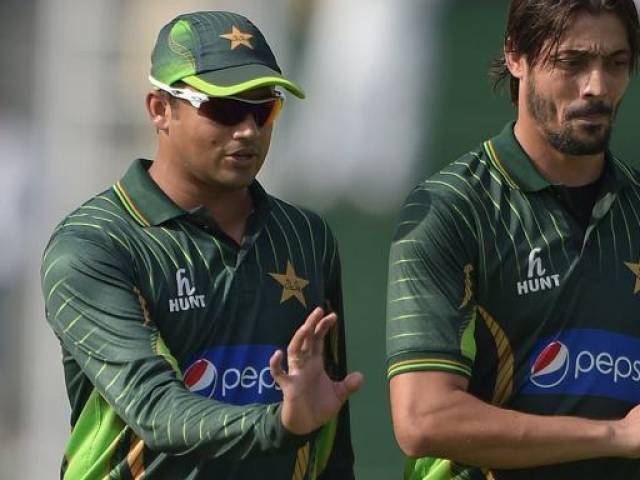 The Pakistan cricket team has landed in New Zealand where the men in green are set to play their final ODI series before the World T20 scheduled to take place in India in March.

The focus of the series will undoubtedly be on the returning left-arm fast-bowler Muhammad Amir, who will make a much-awaited return to the national team after serving a ban of five years.

Amir’s return was the talking point in Pakistan cricket for the last month, more so, after Pakistan ODI captain Azhar Ali and veteran Mohammad Hafeez publicly expressed their intent to not play alongside him.

The issue was later resolved after the interference of the Pakistan Cricket Board (PCB), but it leaves a big question mark on what effect it will have on the team when Pakistan face 2015 World Cup runner-ups in their own backyard. Azhar went as far as resigning from captaincy over the dispute but PCB chairman Shahryar Khan rejected his resignation and asked him to carry on as leader of the pack in the 50-over format.

The series, therefore, is all the more important for skipper Azhar, who made a return to the team as captain despite being out of the side for two years.

As much excitement as there is for the series, there is obvious anxiety among the Pakistan fans too, since the series will only consist of the ODI and T20 formats. Pakistan have been consistently struggling in the shorter formats, with the five-day format their clear forte.

Chief selector labels ‘extraordinary’ Amir better than the others

One can imagine the PCB’s motives behind Azhar’s appointment as captain of the one-day team, as he is expected to take over the Test captaincy once Misbah will retire in the near future. Since his appointment, Pakistan has won three of five series; a decent enough record, but two of them was against Zimbabwe, and one was against a transitional Sri Lanka.

It also included the now infamous ‘Banglawash’, which was a hard pill to swallow. In the recently concluded England series, Pakistan lost 3-1 despite winning the first match comfortably.

The troubling similarity between the two series was that the team could not recover from a jolt in the early matches. Azhar’s batting, which was praised since his return to the ODI side, has been on the decline since Zimbabwe’s tour of Pakistan.

In the first six matches of his captaincy, Azhar managed to score at an average of over 75, with a strike rate of 90; with two hundreds and a couple of fifties. As far as his captaincy is concerned, things look even bleaker. Under his captaincy, Pakistan’s usually prolific bowling has been taking a wicket every 39.88 runs — the worst among all Test playing nations.

The bowling seems to be letting the side down, and a lack of attacking intent is costing the team dearly. Since Azhar took command of the team, two of the team’s most lethal weapons have found themselves wicketless, with Wahab Riaz going wicketless in seven matches and Yasir Shah in five.

With Yasir facing a potential ban, Azhar finds himself in an even trickier situation than he would have wished for. He will now have to deal with a rookie left arm-spinner, Zafar Gohar, who has tons of talent but no experience to bank on.

On the other hand, the 30-year-old will have a separate task to deal with Amir, and will have to make sure that his personal grudge will not effect the performance of the team and his batting performance as well.

Come the New Zealand series, it will be as big as it can get for Azhar and his men. For Azhar as a batsman, the series will offer an opportunity to return to form in conditions where, if he excels, it will take his ODI career to new heights.

For Azhar as a captain, especially after the incident regarding Amir, the series can either go a long way to cementing his place as the ODI leader of the side or it can be the final nail in the coffin.