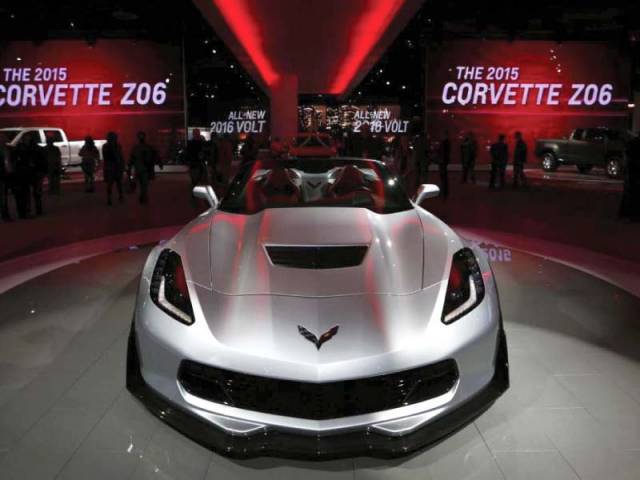 Obama bailed out two major US auto companies to the tune of $80 billion. PHOTO: REUTERS

WASHINGTON: United States President Barack Obama said on Saturday that he would visit the Detroit Auto Show this month to see how the industry has recovered since he took office.

In his weekly radio and online address, he focused on how his policies helped the car industry recover.

“In 2009, as the global financial crisis peaked, the American auto industry was on the brink of collapse; plants were closing, thousands of workers were getting laid off,” he said, adding that another 1 million Americans would have lost their jobs.

In a controversial move taken early during his presidency, Obama bailed out two major US auto companies to the tune of $80 billion. The plan was actually initiated under president George W Bush but Obama largely oversaw the bailout.

The money helped General Motors and the Chrysler Group, now Fiat Chrysler Automobiles. Ford did not take any bailout funds.

“In exchange for help, we demanded responsibility,” Obama said. “We said the auto industry would have to truly change, not just pretend that it did.”

While critics derided the plan as a ‘road to socialism’ or a ‘disaster waiting to happen’, Obama said, “I would make that bet again any day of the week.

“Because today, the American auto industry is back. Since our plan went into effect, our automakers have added more than 640,000 new jobs. We’ve cut the Detroit-area unemployment rate by more than half. The Big Three automakers are raising wages.

“Later this month, I’ll visit the Detroit Auto Show to see this progress first hand. Because I believe that every American should be proud of what our most iconic industry has done,” he added.

The White House said that Obama will visit the annual vehicle extravaganza on January 20.

In the address Obama, who is in his last year in office, crowed about economic growth and progress during his presidency, including more than 14 million new jobs as well as slashing the federal deficit and a major expansion of health care coverage.

“The point is,” he said, “America can do anything. Even in times of great challenge and change; our future is entirely up to us.”