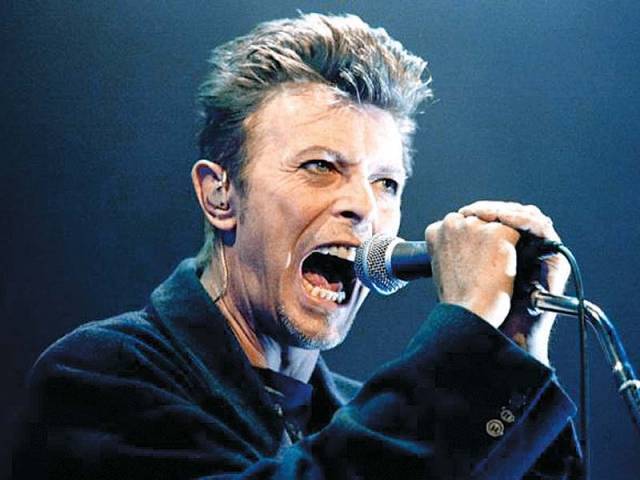 LONDON: David Bowie marked his 69th birthday with the release of a new album, Blackstar, with critics giving the thumbs up to the latest work in a long and innovative career.

The singer, songwriter, actor and artist returned to the music scene after 2013’s chart-topping The Next Day, itself released after a 10-year gap.

Co-produced by Bowie’s long-time collaborator Tony Visconti, the album features only seven songs. The Guardian called it “a spellbinding break with (Bowie’s) past”. The album is part jazz but full of what NME described as “warped showtunes, skronking industrial rock, soulful balladeering, airy folk-pop, even hip-hop”.

Ahead of the release, Rolling Stone last month wrote that the “arty, unsettling Blackstar is Bowie’s best anti-pop masterpiece since the Seventies”.

Tuned in : For the love of music, he creates the perfect blend

The singer this week premiered the video for single Lazarus in which he is seen lying in what appears to be a hospital bed with his eyes bandaged. It was directed by music video and commercial director Johan Renck, who also worked on the film for the album’s nearly 10-minute title track. “I have no desire to do any more videos knowing the process never ever gets as formidable and fulfilling as this was,” Renck said in an online statement. “I’ve basically touched the sun.”

Born David Jones, Bowie rose to fame with 1969’s Space Oddity and a bit later through his jumpsuit-wearing alter ego Ziggy Stardust. In the last few years, the chart-topping singer has kept a low profile after undergoing emergency heart surgery in 2004. His last live performance was at a New York charity concert in 2006.