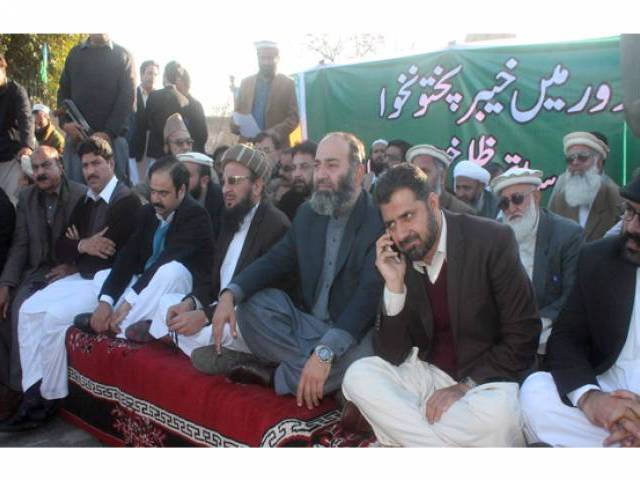 Jamaat-e-Islami threatened to march towards Islamabad if the federal government ignores the original China Pakistan Economic Corridor (CPEC) plan by leaving out Khyber-Pakhtunkhwa.

Mushtaq Ahmad demanded the western route be implemented and all maps, declarations, budgets and agreements be made public on the Planning Commission website. He said chief ministers of all provinces should be taken into confidence.

Mushtaq Ahmad criticised Ahsan Iqbal and said he was keeping the prime minister in the dark.

The provincial ameer of JI also demanded a committee of parliamentary leaders in the national assembly brief them about “the real plan”.

He said if the reservations of K-P and Balochistan leaders are not addressed, Islamabad would see a flood of protesters.

The ground beneath their feat: 5.9 earthquake jolts most of K-P, FATA