The report reveal­s that with a sharp reduct­ion not only in attack­s but also in the number of people report­ed killed­
Published: January 8, 2016
Tweet Email 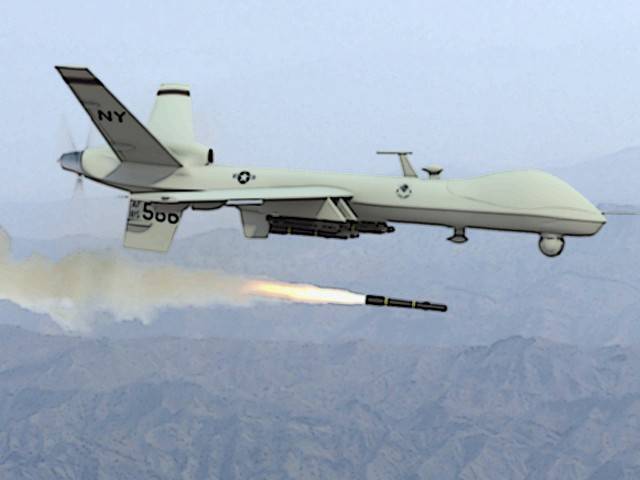 ISLAMABAD: Drone strikes in Pakistan fell to their lowest level for eight years in 2015, according to new research by the Bureau of Investigative Journalism, with a sharp reduction not only in attacks but also in the number of people reported killed.

The figures come from the bureau’s annual drone report for 2015.

The reduction in drone operations in Pakistan last year could be down to a number of factors, including Pakistani military’s 18 month-long operation Zarb-e-Azb in the tribal regions.