ISI official's funeral to be held at Lal Masjid 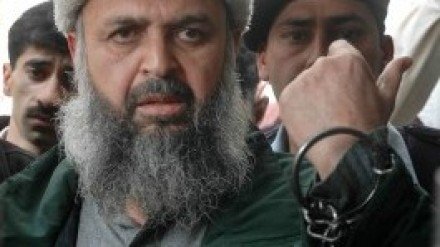 ISLAMABAD: Former intelligence officer Khalid Khawaja's body has been sent to Islamabad. His funeral will be offered at Lal Masjid lead by Maulana Abdul Aziz on Sunday.

Khalid Khawaja's body was found dumped by the road near Mir Ali in Waziristan on Friday. A message was attached to his body from an unknown outfit who call themselves the ‘Asian Tigers’.

The message read that Khwaja has been killed due to his 'linkages with U.S. intelligence agency CIA and his role in the Lal Masjid operation.'
Khalid Khwaja was kidnapped just over a month ago while travelling with another well known ex-ISI official, Colonel Imam, and Asad Qureshi, a journalist. Their fate is not known. 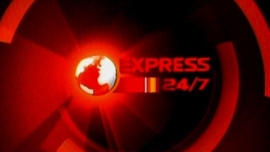 Sheraz Javeed | 10 years ago | Reply How strange!The kidnapped and killed person's funeral prayer will be prayed by such a person to whom's the catalouge involve in conspiracy. Khalid Khwaja as above mentioned was killed in charge of participating in Lal Masjid operation and his final religious obligations are going to be offered by Molana Abdul Aziz of Lal Masjid. Amazing............. how can we admit this kind of charge on him while his final obligations are offered by his rival as in above said news. we can not believe.
Faizullah Jan | 10 years ago | Reply I am curious about Maulana Abdul Aziz's views on the Taliban after he leads the funeral prayers of Khalid Khwaja. Let us see he shows the courage to call a spade a spade.
VIEW MORE COMMENTS
ABID ALI | 10 years ago | Reply Funeral in Lal Masjid, ISI is sending out a strong message to the takfiri groups in Fata!
Replying to X
Saved ! Your comment will be displayed after the approval.
Error !
Error! Invalid Email.