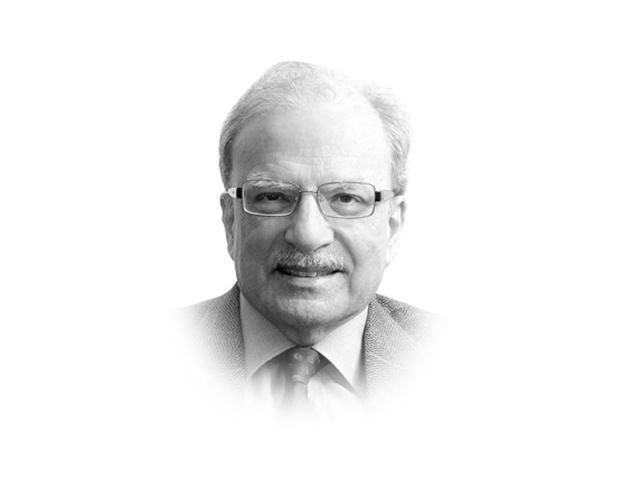 “In 2015, a sense of foreboding seemed to settle on all the world’s major power centers,” wrote Financial Times’ Gideon Rachman in his year-end column. “From Beijing to Washington, Berlin to Brasilia, Moscow to Tokyo — governments, media and citizens were jumpy and embattled. This kind of global anxiety is unusual. For the past 30 years and more, there has been at least one world power that was bullishly optimistic.” Japan in the 1980s, the United States in the 1990s, the European Union in the early 2000s was in turn buoyant, projecting hope for the world into the future. But as 2015 gave way to 2016, all the big players seem uncertain — even fearful. Could the United States once again lead the rest of the world? But going by the rhetoric coming from the Republican Party’s candidates for the 2016 presidential election, the mood of one segment of the population is sour. The contest has produced a pervasive narrative of national decline and decay. One reason for pessimism is income stagnation for those occupying the lower rung of the economic ladder. This, in turn, is the result of a significant decline in worker productivity.

But the US has done better than other mature economies. Productivity decline started in the 1990s in Europe and Japan and reached the United States level a decade and a half later in 2005. But those who suggest that America is losing its position compare it with such rising economic powers as China and India. However, basing conclusions about relative global positions when the structures of the economies are radically different can be misleading. When the United States took over from the United Kingdom as the dominant global power, their economies were structurally similar. China and the United States are different. In the former, manufacturing and agriculture together account for 54 per cent of the Gross Domestic Product. In the United States, the share of these sectors is much smaller — only 15 per cent. The share of the service sector has increased from 69 per cent in 1970 to 85 per cent in 2015. As the economist William Baumol pointed out decades ago, the productivity of a live Beethoven string quartet could not be higher than that of the quartet that performed 100 years earlier. The move towards advanced services sector economies such as the United States, Japan and most of Europe implies slower productivity growth and hence, slower growth in national incomes.

There is the notion that the United States was born with a mission to convert the rest of the world to its set of values. Under President Barack Obama, American exceptionalism acquired a different meaning. He used the term to mean that America had exceptional ability to accommodate all people and points of view within one system of politics and values. However, incidents such as the massacre of nine African-Americans in a historic black church in Charleston, South Carolina on June 18 poured doubt even on this assertion. Another massacre of innocents in the Californian city of San Bernardino by a Muslim couple of Pakistani origin also created tension in society. It led to the rise of Islamophobia in the country. How would the United States’ political system deal with these fissures?

Francis Fukuyama, who has studied development of political order and its decay, has argued in his two-volume magisterial work on the subject that political progress is not linear; it has ups and downs. Sometimes those “downs” can be so severe that they threaten the collapse of the system. He is afraid that the practice of democracy in several politically developed systems is possibly headed in that direction. This is the case in particular in the United States. There the system has been hijacked by the moneyed class that has been empowered by a decision of the Supreme Court to use their enormous wealth to buy support at all levels of government.

There is reason to suggest that the United Sates is not about to withdraw from the world stage or become a minor player along with several others. The run-up to the elections of November 2016 in which American voters will choose the successor to President Obama, one-third of the Senate, the entire House of Representatives, several state governors and state legislatures will profoundly affect the country’s future. This will be one of the more important electoral contests in the country’s history. In 2015-16, America stands at a new threshold; how it crosses it will influence the role it will play in the world. There are a number of issues to settle. Once the dust thrown up by the elections of November 2016 settles down and a new person moves into the White House and a new Congress takes office, America would have decided what kind of space it wishes to occupy in a world that is going through unprecedented change. Withdrawing behind its borders is not an option. It is too large a country with much strength to contemplate such a move. Aggressively confronting China, the country that has made enormous and unprecedented progress, should not be regarded as an option, either. There is also the problem of dealing with the rise of religious extremism, a subject I will deal with some length in a later article. There, President Obama has adopted the right approach: to advise those who are fighting this development without getting involved by sending American soldiers to do battle.