Say will do so if govt does not compen­sate by Januar­y 6
By Our Correspondent
Published: January 2, 2016
Tweet Email 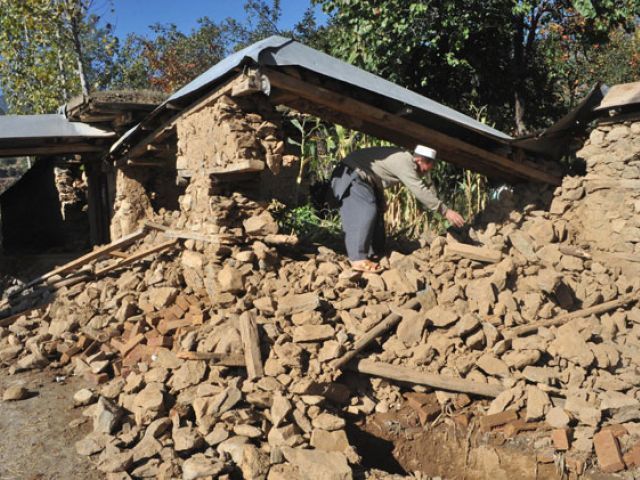 KOHISTAN: Earthquake victims from various parts of Upper Kohistan threatened to protest if the government failed to compensate for their losses.

Shamsur Rehman, a social activist, told journalists in Dasu on Friday that over 70% of the houses, that were not properly built, were damaged during the October 26, 2015 earthquake in which there were many casualties.

The affected villagers were also present at the news conference. They said the government has not compensated them for their losses, even after over two months of the calamity, forcing them to frequent the offices of revenue and administration officers.

The villagers said since their houses have not been rebuilt, they were facing hardship in the cold weather. Therefore, they said they will take to the streets if the Pakistan Tehreek-e-Insaf government does not compensate them by January 6.

When contacted, an official of the Upper Kohistan DC’s office said over 3,000 houses that were not properly built, were partially damaged or destroyed during the earthquake. Out of the count, compensation cheques have been given for 206 houses. He added the process of disbursement of cheques was under way.

15 years in: Policing may be tough but not more than DSP Rozia Altaf