A year of ups and downs for Pakistan and Afghanistan

A year of ups and downs for Pakistan and Afghanistan

The neighb­ours began 2015 on the right track but fell back to the usual blame game and mistru­st for much of the year
By Tahir Khan
Published: January 1, 2016
Tweet Email 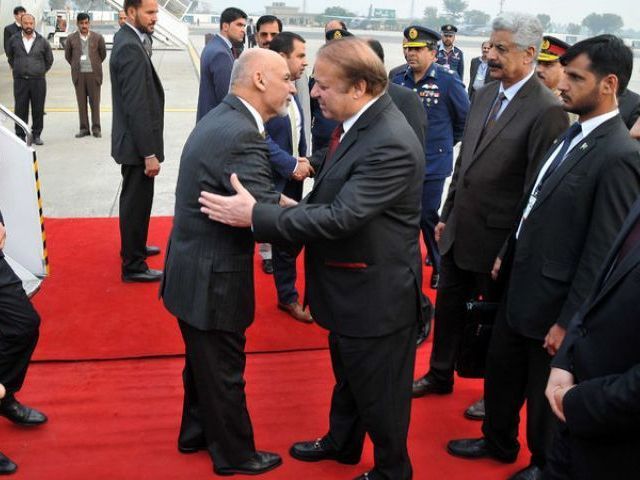 As 2015 began, the traditionally uneasy relationship between Pakistan and Afghanistan was on a positive track. But even though this upward trend persisted during the first half of the year, ties between the two neighbours suffered a dramatic downslide in the latter part of 2015, until Afghanistan’s President Ashraf Ghani made his icebreaking visit to Islamabad early last month.

A number of high-level exchanges, including Prime Minister Nawaz Sharif’s Kabul visit in May and series of trips by army and intelligence chiefs, dotted the first half of 2015. Premier Nawaz’s May visit in particular was crucial as he publically condemned Taliban’s spring offensive while standing alongside Ghani in Kabul and declared the enemies of Afghanistan as the enemies of Pakistan.

Six cadets of the Afghan National Army (ANA) also joined the Pakistan Military Academy (PMA) for the 18-month long course for the first time in February, marking a major shift. Pakistan had offered to train ANA several times before but Ghani’s predecessor Hamid Karzai turned it down each time.

In May, the spy agencies of Pakistan and Afghanistan also signed a landmark intelligence sharing deal, but strong opposition by certain elements including Karzai forced President Ghani into a defensive position.

As both countries bridged their trust deficit, Pakistan achieved a breakthrough by brokering face-to-face talks between Afghan government representatives and the Taliban in early July. But as the international community welcomed the Murree Process, it was derailed when Afghan intelligence officials revealed that Mullah Omar was dead.

Sartaj Aziz contradicts Afghanistan on venue of next talks on Taliban

The situation worsened after the Taliban staged some deadly attacks in Kabul and several other cities under their new leader Mullah Akhtar Mansoor. In response, the Afghan leaders turned their guns to Pakistan and President Ghani announced he would no more seek Islamabad’s role in reconciliation with the Taliban.

The launch of a quadrilateral process with the US and China to “create a conducive atmosphere that encourages Taliban groups to engage in meaningful and sustained negotiations” was another significant development.