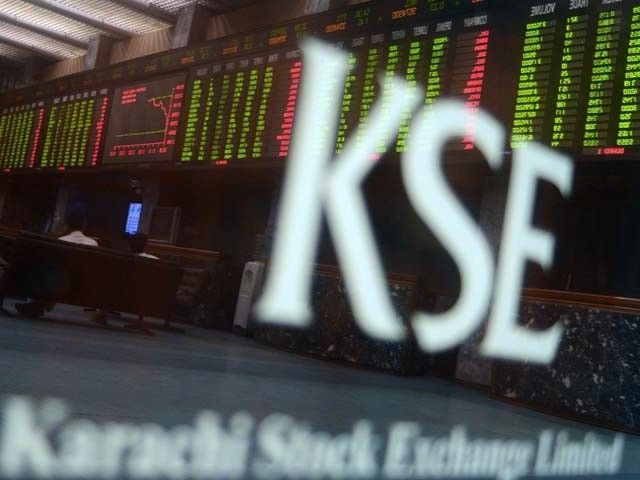 Ending its three-year bull run as one of the best-performing stock markets worldwide, the Karachi Stock Exchange (KSE) remained largely flat in 2015.

The benchmark of the Pakistan share market representing over 85% of market capitalisation – KSE-100 Index – gained just 685 points over the last year, resulting in a meagre annual return of 2.1%.

Analysts believe main reasons for the unimpressive performance was foreign outflows, weak oil prices and strict regulatory oversight throughout 2015. There was a net outflow of foreign investment amounting to $317.3 million last year as opposed to a net inflow of $382.5 million in 2014. The outflow of foreign funds was broadly in line with global portfolio investment trends in 2015, as international investors pulled their money out of emerging and frontier markets. While sovereign funds belonging to Gulf nations pulled out money to bridge their deficits in the wake of declining oil prices, independent funds shifted their focus away to the United States where rising interest rates promised higher returns.

Speaking to The Express Tribune, Al Meezan Investment Management CEO Mohammad Shoaib said the massive outflow of foreign investment in 2015 should not be considered a sign of structural weakness. It’s actually reflective of the “resilience” of Pakistan’s share market, he said.

Roughly $7 billion, or one-fourth of the KSE’s free float, is held by foreign investors. Despite their inclination towards cashing out during 2015, the benchmark index did not post a decline over the 12-month period – an oddity among stock indices that depend heavily on oil and gas sector companies.

The combined weight of independent power producers, oil marketing companies, and exploration and production companies in the KSE-100 Index is almost 23%.

In addition to foreign outflows and low energy prices, a prolonged tussle between stock brokers and the Securities and Exchange Commission of Pakistan also hurt investors’ sentiments in 2015. Besides enhanced vigilance over day-to-day brokerage business, the SECP also sparred with brokers over the provisions of the proposed Securities Brokers Regulations, 2015.

Brokers resisted the proposed regime, which was aimed at drastically increasing the regulatory oversight of brokerage houses in Pakistan. After going on for months, the tussle ended in early December when the regulator accepted major demands of the brokerage community.

“Reforms are never without hiccups. They hurt in the short term, but that phase is now over,” Shoaib said, adding he expects the KSE-100 Index to post a return of about 16% in 2016.

The best-performing sector in 2015 was pharmaceutical and biotech (17%) because of the approval of the drug pricing policy. The worst-performing sector was the oil and gas (-31%), which was closely followed by commercial banks (-16%) that continued to face pressure in the wake of interest rate cuts by the central bank.

According to Invest and Finance Securities CEO Muzzammil Aslam, a ‘turnaround’ should be expected next year partly because of infrastructure development mainly under the China-Pakistan Economic Corridor (CPEC).

“We foresee the infrastructure theme to gain investors’ interest and prefer cement, engineering and allied products, and automobile sectors,” Aslam said. His brokerage expects no further decline in interest rates, which means the banking sector will regain some of its lost ground as local financing for CPEC projects gathers pace.

A possible reclassification of Pakistan as an emerging market by MSCI will also attract investment from global funds that have remained away from Pakistan, he said. 6. Market watch: Bloodbath at KSE as index falls another 721 points

PM Kisan Package: Balochistan left out in the cold