The cricket records that 2015 broke

The cricket records that 2015 broke 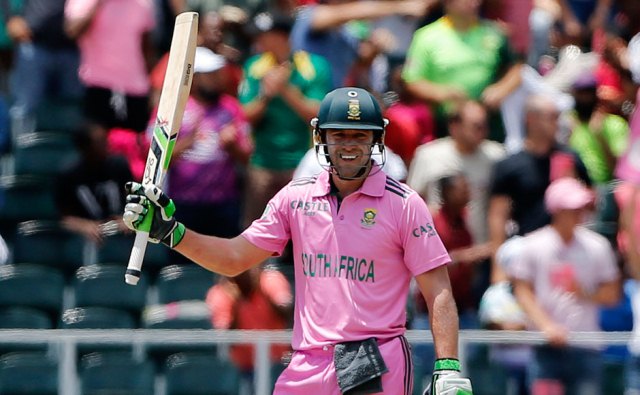 The number of consecutive centuries scored by Kumar Sangakkara in the World Cup; the most by any player

The runs Bhuvneshwar Kumar conceded in his 10 overs in the final match of the five-match series against South Africa at the Wankhede Stadium in Mumbai, which is the second most expensive spell in ODI history

The number of runs scored by Chris Gayle and Marlon Samuels for the second-wicket against Zimbabwe at Canberra, which is the highest ever partnership for any wicket in ODIs

Was the number years it took Bangladesh to defeat Pakistan in any format of the game since their win in the 1999 World Cup. The Tigers went on to complete their first-ever whitewash over the Men in Green.

Was the margin of victory for Australia against Afghanistan in a World Cup group match at WACA; the second-biggest margin of defeat in terms of runs

Was the target England chased against New Zealand at Nottingham, which is the fifth highest run chase in ODIs

Was the amount of runs South Africa scored against West Indies at Johannesburg, which is the second highest score in ODIs

Was the aggregate amount of runs scored in a match between England and New Zealand, which was the third-highest aggregate score in an ODI match