Chorus of privatisation fails to draw a cheer

Chorus of privatisation fails to draw a cheer 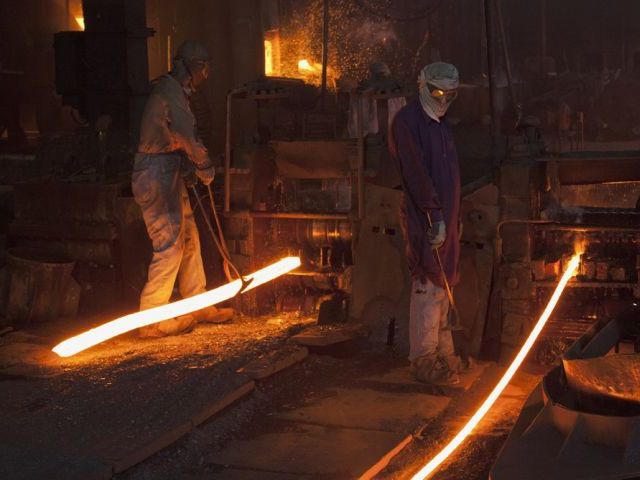 The year posed several challenges for the government on the privatisation front as it tried to run the largest show of the country’s history with an incomplete Privatisation Commission (PC) that also struggled to clear itself from different sorts of allegations.

Despite being touted as among the top most priorities of the PML-N government and conditioned under the $6.2-billion International Monetary Fund programme, the government’s attempt was nothing less than a flop.

It did not fill vacant posts in the commission despite the huge workload. As a result, political commitment to privatisation weakened towards the end of the year. Additionally, reports gathered momentum that the government has decided to postpone the privatisation of power distribution companies – based in Punjab – as it feared backlash in the province.

The government’s dismal performance was evident when after two and a half years it was unable to sell stakes in a single loss-making entity.

However, the PC boasted saving $6.8 million on account of fees that it paid to consultants hired for carrying out various transactions.

In April 2015, the government sold 41.8% stakes in Habib Bank Limited (HBL) to institutional and high net-worth individuals in return for Rs102 billion through stock exchanges.

It also tried to sell Heavy Electrical Complex (HEC) for Rs250 million but the transaction was cancelled, leaving many questions unanswered about the suspicious manner it was handled.

A parliamentary investigation to unearth alleged wrongdoings in HEC privatisation was also launched in 2015. Although the Senate panel could not complete its investigations, it did make some headway by tracing links between the bidder and few PC officials. Although the commission has expelled a first-tier official who allegedly received money, the role of other officials has yet to be determined in selling the HEC for Rs250 million that the government-hired financial adviser valued at Rs1.5 billion.

The government also could not resolve a dispute over outstanding payments of $800 million on account of Pakistan Telecommunication Limited privatisation that Etisalat, the buyer, has withheld for last many years.

The ongoing privatisation plan is the largest programme in the country’s history and there are currently 16 active privatisation transactions that include all the power generation and distribution companies, Pakistan International Airlines and Pakistan Steel Mills.

To handle these transactions, the Privatisation Commission’s sanctioned strength is 125 and more than 30% of these positions are vacant. The government did not make any serious effort to strengthen the commission, which remained under pressure to fast track the privatisation process and faces an aggressive backlash against the programme simultaneously.

A grade 21 officer is the Secretary of the Privatisation Division and the Commission – a post that should be filled with a grade 22 officer. All the four sanctioned posts of grade 20/21 of director generals remained vacant.

The PC management on various occasions took up the issue of filling vacant posts with the Prime Minister’s Office and the Establishment Division.

So much so that secretary in-charge PC publicly aired frustration in a meeting of Senate Standing Committee on Finance. Prime Minister Nawaz Sharif promised to appoint honest professionals in the Commission but not even a single officer has been posted yet, said Ahmad Nawaz Sukhera.

HEC privatisation case could be referred to NAB

The government missed two deadlines set for PIA privatisation in 2015. It also failed on the PSM privatisation front. The privatisation of these two entities required strong political will that was missing in 2015.

Going forward, the success of the privatisation programme hinges on the political will to undertake difficult transactions.

Roadblocks and progress along the way

The CCoP approves the transaction structure for HBL under which the government’s 41.5% stake in the country’s largest commercial bank would be sold

The PC board recommends the strategic sale of NPCC

The government raises $1.02 billion by selling 609 million of its last remaining shares in HBL

PC decides to stop a consortium of Fatima Trading Company, owned by billionaire Arif Habib, from bidding for NPCC

Legal hindrance prevents any transfer of the national flag carrier

PC lodges a criminal complaint against a British national, Syed Sabur Rehman, for submitting a Rs225 million cheque for HEC that was dishonoured

The government approves another bailout package for PIA

The Transaction Committee of the PC clears three companies as prequalified bidders for HEC privatisation, ignoring the fact that Cargill Holdings was less than seven weeks old

President promulgates the PIA Corporation Conversion Ordinance, paving the way for its privatisation

Through an email, the parliamentary probe of HEC establishes the apparent nexus between a bidder and certain PC officials

Pakistan set to miss the IMF deadline for privatisation