This is time when we should think how we want to bring joy to those around us and live with a renewe­d purpos­e in 2016
By M Bilal Lakhani
Published: December 30, 2015
Tweet Email 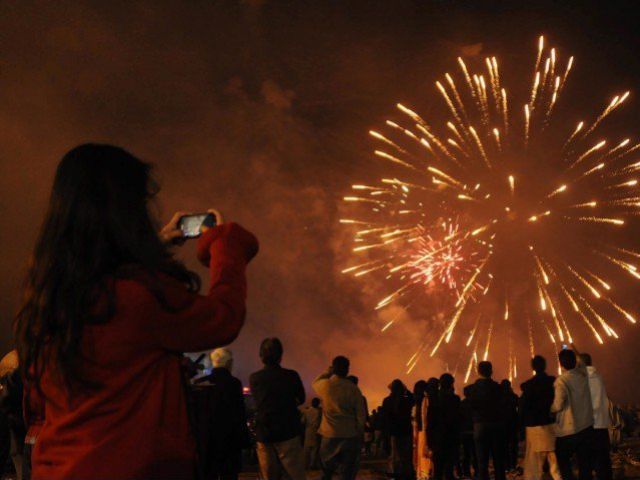 Life is a roller coaster with soul-crushing lows and unbelievable highs. When you want the roller coaster to stop after an unexpected low, it’s important to be surrounded by people who push you to go on. We should be grateful for people who believe in us — even after we stop believing in ourselves. We owe our confidence to those who quietly lend us their confidence when we need it the most. When our days eventually turn from bad to good, we must express our gratitude and in return, radiate positive thinking to others, who may not be having good days.

This is the time of the year for New Year’s resolutions. We usually talk about going on a diet, starting gym routines and new career aspirations at the start of the year. While this is a good thing, this is also the time when we should think about how we want to bring joy to those around us and live with a renewed purpose in 2016. For example, a while back, I called my parents in between meetings to catch up as we live in different cities. In the usual crushed timing of a busy day, I told my parents they have five minutes to talk so they should start by telling me if they have anything important to say and then we can talk the general stuff. In return, my mom said all she wanted to do was to hear my voice. Once the normal duration of my guilt trip was over, I realised that something has to change. I could have easily called my parents after my meetings were done for the day. But I had placed calling my parents in my to-do list and I treated the task as such because I like to see a clean to-do list. This hurt more because it’s actually our parents and closest friends who stand by us through the most difficult days, but we tend to take them for granted in our day-to-day life.

The year 2016 is the one to put family first, beyond paying lip service to this as a new age mantra. We need to reevaluate how most of us, especially university graduates, behave in terms of our career aspirations. If we had a genie ask us what we wanted for our career at graduation, we’d ask for a good job at a big bank or company and live happily ever after if we make it to vice president. While there’s nothing wrong with wanting to become vice president, this singular definition of happiness, if taken to the extreme of being blinding, can become a stumbling block to living a fulfilling life. We need to find the courage and confidence to define a personal path to happiness. We don’t need to be married to the narrow confines of societal expectations, which judge any deviance from normal as being a failure. We can do it our way and in our own time.

While university education expands the minds of most people, somehow in Pakistan, we use it to restrict and tame the imagination of our brightest minds. Our ultimate purpose isn’t just to serve ourselves through the privilege of our education, but also use this to help those around us. A lawyer and friend narrated an uplifting story about a traffic policeman recently, who stopped him for talking on the phone while driving. The cop didn’t ask for a bribe and cut a challan directly.

When my friend said he didn’t have any money in his pocket to pay for the challan, they agreed that he would return the next day and pay the challan. The next day when my friend returned to pay the money for the challan at the same location, the cop was genuinely surprised and said if there are more people like you in this country, we would not be in the state we are today. The cop’s name is Matloob Hussain and the lawyer’s name is Ammar Ather Saeed. The reason I call out their names is because Pakistan needs to create more everyday heroes in 2016. We’re surrounded by so much negativity, cynicism and a propensity to hurt others. It’s time to celebrate islands of hope and positivity around us. It’s the only thing that will keep us going through our good and bad days in 2016.