Pakist­an was given the opport­unity to host a world snooke­r event after 22 years
By Aamna Saiyid
Published: December 30, 2015
Tweet Email 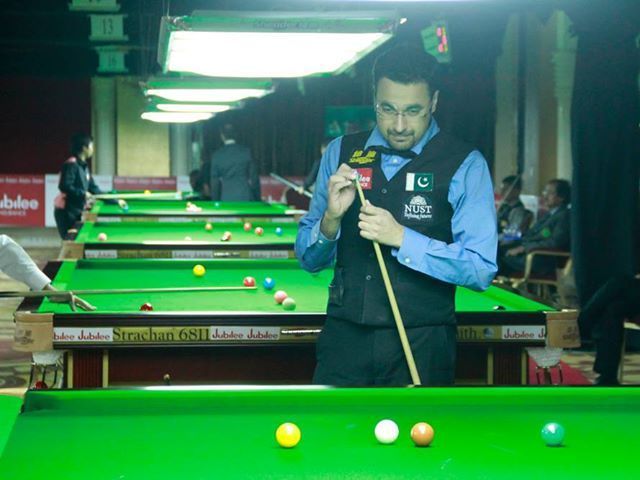 The genteel game of snooker is hardly an unknown entity in Pakistan, but a world-level tournament taking place in the country is no less than a novelty, especially considering how sports teams from other countries have generally avoided visiting here due to security concerns in recent years.

That is exactly why the 2015 IBSF World 6-Red and Team Championships are worth a mention as the year winds down.

The tournaments took place in August 2015 with participants from 18 nations in action. A snooker event of this magnitude in Pakistan had last taken place 22 years ago, way back in 1993, in the same city.

This time, Pakistan fielded their largest contingent to date for both events, with no less than seven local two-member teams taking part in the team championship and all 26 players battling in the 6-Red event.  Cueists — including women — from China, India, UK, Iran, Hong Kong, Malaysia and other countries flew in to vie for the titles.

Hosts Pakistan ended up with a slew of silver and bronze medals in both events. Former IBSF world champion Mohammad Asif reached the semi-finals of the 6-Red tournament, and so did Asjad Iqbal, who also finished runner-up along with compatriot Shahid Aftab in the team championship.

All cued up: Nothing but snooker for Raheem

Shahram Changezi, who recently won bronze in the 2015 Asian Team Championship, also made it to the last-four along with teammate Babar Masih in the team event.

The eventual winner of the 6-Red championship was India’s Pankaj Advani, an old hand in the amateur snooker field who has also featured in the professional circuit and is a well-known name in the billiards world as well. Meanwhile, the team event title was snagged by the Malaysian duo of Moh Keen Hoo and Kok Leong Lim.

All in all, the tournament can be declared one of the most successful ones that have taken place in Pakistan in the past few years in terms of hosting for the visiting cueists, who departed with glowing words for the country and the Pakistan Billiards and Snooker Federation.

Here’s hoping that the next year brings not only more laurels for Pakistan snooker but also achieves overdue recognition for the game that has done the country proud.