A look back at the year in food
By Sumayia Asif
Published: January 1, 2016
Tweet Email 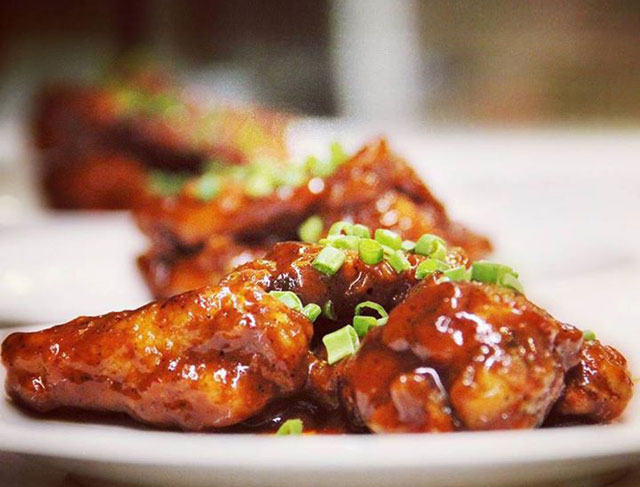 ‘Substandard food: Crackdown reaches Islamabad’, ‘Punjab Food Authority seals Fat burger outlet in Lahore’ and ‘Government bans export of donkey meat’; daunting headlines such as these dominated news this year, accompanied by the drastic closure of hundreds of eateries in the country for serving sub-standard and unhygienic food.

2015 has undoubtedly been an eventful year in food; a reminder to restaurateurs of the citizens’ right to expect the highest in food quality when eating out.

While its had its culinary controversies,  2015 has nevertheless been an ecstatic journey for the taste buds. From food festivals to new eateries, from Dhabas to fine dining, from Oriental to Desi, and continental, the country’s food scene has undergone a positive swell.

While Pizza, cake and burgers remain the most popular foods in Pakistan, and perhaps worldwide, straying from the norm, 2015 saw the rising popularity of healthy food; so much so that chia seeds (hailed by some as the ‘healthiest food on the planet’) are among the most widely searched food item in Pakistan according to Google Trends.

Speaking of trends, the ‘Chai’ trend became particularly strong in Islamabad, as did Parathas and ‘Naan stops’. While it has its upscale cafes and fine-dining options the city heartily went in Dhaba direction this year. Famous for its grills and barbecues, Peshawar, on the other hand, got its much awaited first McDonalds. In Multan, the food scene is expanding fast. The Gulgasht Colony has become a foodie epicentre that has seen a surge in restaurants formerly only found in Karachi and Lahore. Lahore, renowned for its food, is host to many new restaurants ranging from Japanese to Italian. The city’s food culture is ever-evolving and has seen some interesting new comers in the past year. When it comes to diversity in food, Karachi is the place to be. Whether, it’s fine-dining, or an easy-going meal one’s after, the city is pulsating with cafes and restaurants well-equipped to satisfy many a foodie palates.

From Lebanese to Asian, and French, the city has welcomed a number of new restaurants this year. Notable newcomers of 2015 include: Stories we were most proud of in 2015