A good year for the PML-N

A good year for the PML-N

All three tiers of a democr­atic govern­ment (federa­l, provin­cial and local govern­ment) are in place
By Ali Usman
Published: December 30, 2015
Tweet Email 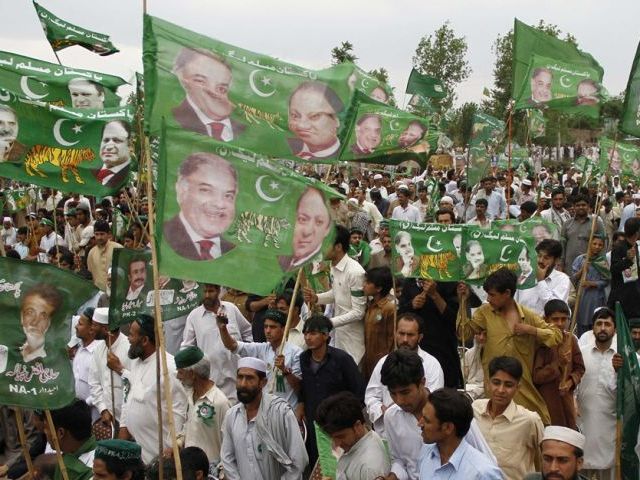 The start of 2015 was a time for reflection for the Pakistan Muslim League-Nawaz (PML-N). The ruling party assessing the financial and political losses caused by the 126-day-long sit-in by the Pakistan Thereek-e-Insaf (PTI) in front of the parliament. The PTI ended its sit-in after the December 16 massacre in Peshawar. It then appeared that the PML-N was struggling to keep things under control.

By the end of the year, the PML-N appears more comfortable with the political situation. Analysts say it is a rare moment in the country’s history; all three tiers of a democratic government (federal, provincial and local government) are in place.

Politically speaking, it was a good year for the PML-N. The party swept local government and Cantonment Board elections. It also won four out of five National Assembly seats in the by-polls this year.

The by-election in NA-122 Lahore was arguably the most anticipated event of the year. Sardar Ayaz Sadiq of PML-N defeated Abdul Aleem Khan of the PTI in a close contest. Sadiq was once again elected speaker of the National Assembly.

PML-N central leader Hamza Shehbaz said the party had shown that it wanted to resolve people’s problems. He said those who did staged sit-ins had wasted time and resources. He said by 2017, the PML-N government will have overcome the load shedding crisis.

All’s well for democracy in Pakistan

Analyst Hasan Askari Rizvi said while all three tiers of democracy were formally place in Pakistan, the country was being governed in a very personalised manner.

He said it remained to be seen how things would change with the elected local governments. “Democracy has definitely strengthened in 2015. However institutions need to be strengthened and we hope this happens in the future,” he said.