Electricity tariff and subsidy concerns: ‘Industries to be facilitated’ as oil prices come down

Electricity tariff and subsidy concerns: ‘Industries to be facilitated’ as oil prices come down 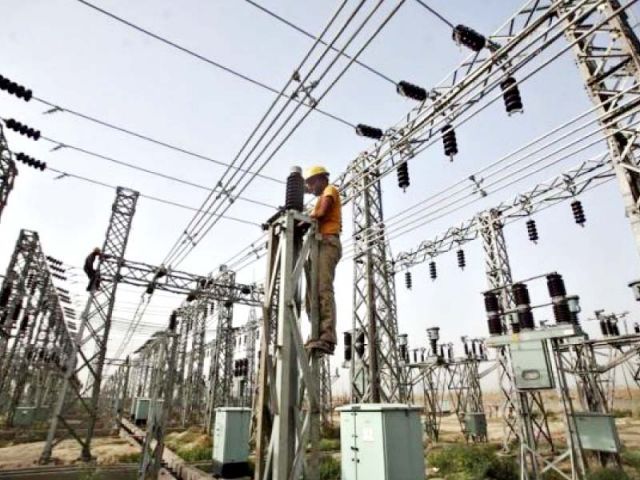 The industry average effective tariff will be around Rs11 per unit - a reduction of 21.4%. PHOTO: REUTERS

The decision to decrease the power tariff by an average of Rs3 per unit for the industrial sector has come at the cost of domestic users who would be unable to reap benefits of the reduction in global oil prices in the upcoming tariff determination.

The government has preferred the industrial sector, while sacrificing domestic consumers, to keep subsidies within the limit prescribed by the International Monetary Fund (IMF), said officials in the Ministry of Finance and Ministry of Water and Power.

The government has already consumed more than 60% of its annual electricity subsidy budget in the first half of the ongoing fiscal year, they added, raising doubts over its ability to finance the concession.

From July through December, the Finance Ministry released roughly Rs72 billion for power subsidies, which is 61% of the annual budgetary allocation of Rs118 billion. The subsidy payments include Rs18 billion arrears of the previous year, they added.

The government’s decision to provide relief to the industrial sector at the expense of other sectors has highlighted the issue of providing relief to powerful lobbies. Earlier this month, it imposed a Rs40 billion mini-budget and subsequently doled out Rs6.5 billion in sugar export subsidy to the sugar barons.

On Monday, Prime Minister Muhammad Nawaz Sharif announced to cut Rs3 per unit in electricity tariff for industrial users, accepting a five-month old demand of the All Pakistan Textile Mills Association (APTMA). The industry average effective tariff will be around Rs11 per unit – a reduction of 21.4%.

The smart meter domestic electricity users are paying up to Rs15 per unit – 26.6% more than the price industrialists will now pay.

The reduction in industrial tariff is part of the package that the Aptma demanded for enhancing exports which have been constantly declining. The association had claimed that due to increase in electricity tariffs during the last two and a half years it has become uncompetitive against regional peers. The Aptma demanded to cut its tariff by Rs3 per unit, which the government accepted after resisting for five months.

However, the government has not addressed another reason behind the increased cost of doing business – unprecedented indirect taxation. In last two and half years, it has imposed Rs940 billion in new taxes.

How govt plans to do it

The relief in electricity tariffs will be given by passing on the maximum benefit of reduced oil prices in the global market to the industrial sector, said Younus Dagha, Secretary Water and Power while talking to The Express Tribune.

He said the decision did not carry any financial implication on the budget.

“The government would also not pass on the impact of relief to industrial sector to all the other consumers”, said the Secretary. “The industry will be facilitated by being given priority over domestic and agriculture sectors when it comes to passing on the benefits of reduced oil prices.

“The domestic and agriculture sector would continue to receive electricity at subsidised rates.”

He said the National Electricity Power Regulatory Authority (NEPRA) was in process of finalising the tariff determination for all power distribution companies. While determining fresh tariffs, the industrial sector would be entitled to maximum relief on account of reduced oil prices, said the secretary.

However, officials said the government’s decision to give the industrial sector priority would leave virtually nothing for the domestic electricity consumers. Despite more than 60% reduction in furnace oil and other electricity inputs, domestic consumers are still paying higher electricity bills.

In order to meet the IMF’s condition to restrict electricity subsidies to 0.4% of the Gross Domestic Product or roughly Rs118 billion, the government has imposed various electricity surcharges over and above the base tariff rates. This has denied them the benefit of reduced prices to domestic and commercial consumers.

However, despite denying benefits of reduced prices to the domestic consumers, the government has failed to address the issue of circular debt. Evan after clearing Rs480 billion circular debt in June 2013, the total debt has again increased to Rs661 billion including stocks parked in a government holding company.

Why can’t we be like leaders in Europe, Modi asks Nawaz