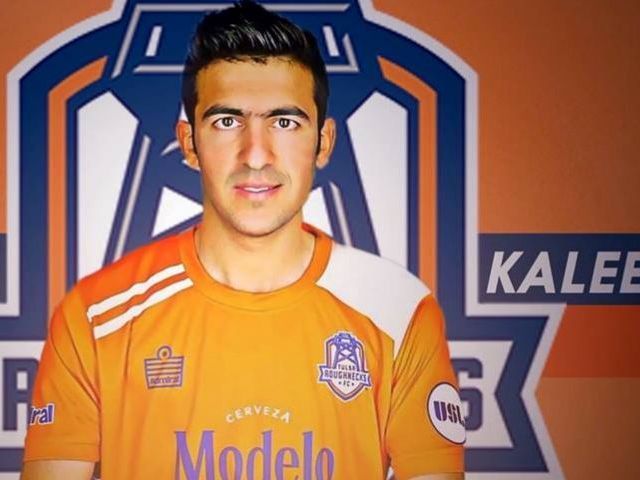 Pakistan football’s otherwise bleak 2015 saw Chaman-based striker Kaleemullah move to third-division US League’s club Sacramento Republic in June, becoming the first Pakistani footballer to sign a contract with a US club after making waves in the Kyrgyzstan Premier League in 2014.

The 23-year-old’s potential was evident ever since he was with domestic club KRL, for whom he scored 92 goals until 2013, after which he was picked up by Kyrgyz club FC Dordoi. The youngster was declared the best player of his Central Asian league in 2014 for scoring 17 goals in 16 appearances.

According to his former KRL coach Tariq Lutfi, Kaleemullah’s agility, drive to improve his game and readiness to learn separates him from other Pakistani players.

Now the striker wants to fulfil his American dream with Tulsa Roughnecks, itching to score his first goal in the US in the beginning of next season.

Kaleemullah’s aim was to establish himself as a top striker with Sacramento Republic FC; however, he failed to find the back of the net.

But even then, the striker refused to be disheartened and took positives from his time with the US club, saying that his stint with Sacramento Republic was a great start for him and claiming that quite a few offers from different clubs in the US and UK came his way.

Kaleemullah hopes to play for the Major Soccer League one day. “I haven’t scored in the US yet; I’m still following the dream of making it big here before moving on,” he says.