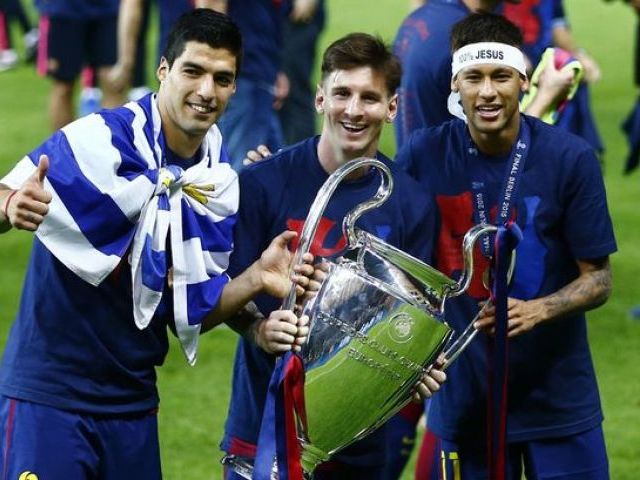 2015 started with reports of a divided Camp Nou as manager Luis Enrique and talisman Lionel Messi were allegedly at loggerheads over the Basque’s decision to rest the Argentina skipper.

2015 ended with Barcelona winning five trophies — being crowned champions of Spain, Europe and then the world — and with Messi being almost certain to win the Ballon d’Or.

They say a year is a long time in football and 2015 has proven as such for the Catalans.

After seeing arch-rivals Real Madrid claim the fabled and much-awaited La Decima along with a record-breaking 22 wins on the trot to end 2014, the Blaugrana knew they had to up the ante.

They kicked off the year with a 1-0 loss to David Moyes’s Real Sociedad but never looked back from then, starting off a spectacular run with a 3-1 win over defending La Liga champions Atletico Madrid.

Enrique’s unpopular decision to rotate early on proved to be a masterstroke in the end as a fresh front three of Messi, Luis Suarez and Neymar tormented all that came in front of them.

No one is superior to Messi in Barcelona: Suarez

A 2-1 win over Real at Camp Nou meant they overtook the Los Blancos as favourites for the league title and Messi’s strike in a 1-0 win over Atletico at the Vicente Calderon confirmed the first trophy of the famous treble.

Messi, playing from the right-hand side in a deeper role that saw him afforded more space, was in the form of his life and ensured Barcelona won even more silverware with perhaps the goal of the season against Athletic Bilbao in the Copa del Rey final; beating several defenders before firing home at the near post from the narrowest of angles.

The Argentine had confirmed his position as the best player in the world with a superb double in a 3-0 win over former Barcelona manager Pep Guardiola’s Bayern Munich side in the Champions League semi-final. The second goal of that brace was particularly memorable as Messi left Jerome Boateng on his backside before deftly chipping it over onrushing goalkeeper Manuel Neuer.

Messi also played an integral part in the final, being involved in all three goals for his side, as Barcelona blew away Juventus in a 3-1 win in Berlin to become to the first team ever to win the treble twice.

Winning the UEFA Super Cup at the start of the season and the World Club Cup before the Christmas break were further icing on the perfect cake that was 2015 for Barcelona.

We have received clearance on Amir’s selection, says Haroon