Raising the bar and setting the standard for quality entertainment

Raising the bar and setting the standard for quality entertainment 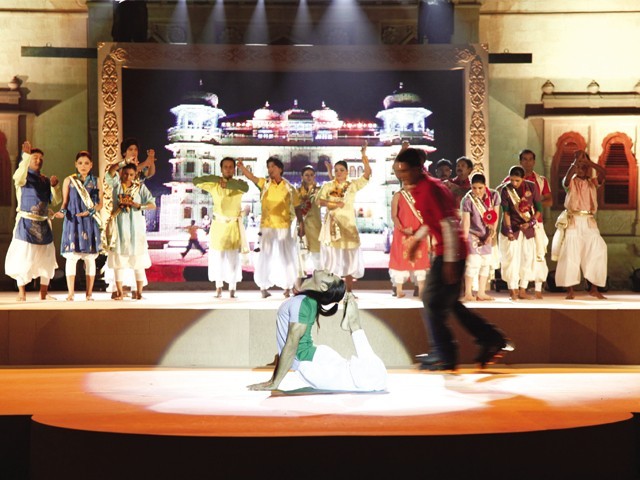 A tribute to Pakistani culture of learning and progress. PHOTO: PUBLICITY

KARACHI: Awards season is a norm in the international film and media fraternity and Pakistan is no exception to this trend, off late, the country has borne witness to award functions as a regular feature. From the glitz and glamour of the Indus music awards to the revival of Hassan Jahangir in The Music Awards and Mathira’s hosting of the Lux style Awards — local awards functions have come a long way.

While other awards ceremonies focus on entertainment, slap stick humour, fashion shows and other modes of entertainment to captivate the audience, the Engro Excellence Awards were a worthy representation of rejuvenated local spirit, quality entertainment and a tribute to the forgotten legacies of the past. The event was a soiree of elegance, poise, intellect and sophistication and the music synchronization completed a well collaborated gala.

The awards that took place on Saturday night had a taste of their own and the performance of the night brought Karachi’s antiquity alive at the valued Mohatta Palace.

Unlike most events in Pakistan, the ceremony pumped punctuality and fell through with Faryal Gohar and  Imran Aslam perpetuating an ambience of comfort and amicability.

The musical night marked an epic line up with Fariha Pervez, Sanam Marvi and Ayesha Omar on stage. The artistes spilled patriotic spirit with their white outfits and their mesmerising medley of popular Pakistani songs.  Fariha Pervez’s rendition of “Tum Yaad Aaye” was the pick of the performance which ended with all three of the artistes singing Iqbal bano’s “Hum Dekhengay”  which eventually culminated a special tribute to the women in Pakistan.

The music maestro’s continued to perform with performances by Arif Lohar who took the opportunity to give a  tribute to his father by singing the popular “Jugni”  whereas  Sara Reshma the daughter of the legendary Reshma gave a tribute  to her mother. Some of the performances were accompanied by fabulous dance performances by Joshindder Chaggar and Arjumand Rahim  which helped uplift the mood in the audience and instilled energy into the crowd.

Next in line was the heart throb of South Asia, Atif Aslam who wore a turban on his head came to the event especially to give a tribute to Ustad Nusrat fateh Ali Khan by singing “Allah Hu.”

The crowd really came to its feet after dinner with the live performances which started with Arif Lohar singing his Coke Studio hit, “Jugni Ji” accompanied by Aysha Omar instead of Meesha Shafi. Lohar, the true crowd lifter that he is, sang the extended version of the song with utmost brilliance.

The best thing about the show was its unique combination of performances which included the Qawalli legend Fareed Ayaaz who was accompanied his troupe to sing Amir Khusro’s  “ Chaap Tilak.” The song was a brilliant break for the norm of conventional songs and immediately took the crowd in to a trance.

What started with Atif Aslam’s Coke Studio version of “Kinara” ended up triggering a new sense of spirit in the crowd; as people sitting on sofas broke out of their comfort zone and plunged towards the  stage front lines, others enjoyed the gradual progression of the musical line up. Aslam’s “Jalpari” followed next, ranging all the way to “Mera Piya Ghar Aaya” and finally to the insistence of his fans, Aslam took up the bass guitar and sang “Lamhe . “

The event was one of its kind and the variety of stars added to the grandeur and poise of the event. The most appreciable fact was that the event carried on despite unrest and disturbance in the city.

Each award recipient was given a grant of five million rupees