The year of democracy

The year of democracy 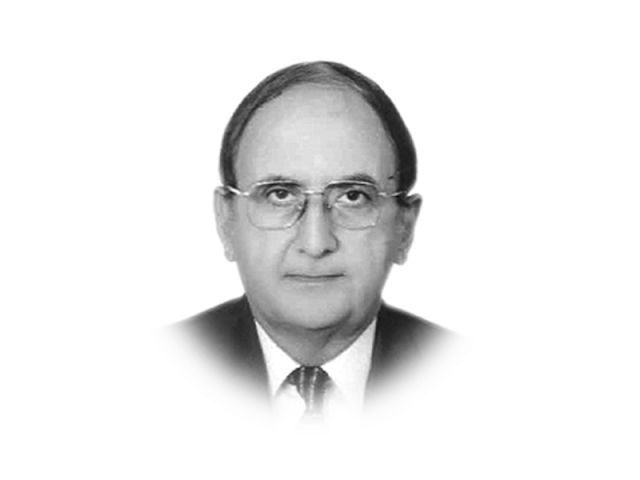 The long-delayed local government elections were completed in Sindh and Punjab during the period October-December 2015. Khyber-Pakhtunkhwa (K-P) held these elections earlier in 2015 and Balochistan completed the electoral process at the local level in 2014-15. The introduction of elected councils at the local level engendered the hope that these could help improve the image of democracy at the grassroot level and strengthen the attachment of the common man with these institutions and processes. However, much depends on the performance of local councils in rendering basic civic services to the people and improving their quality of life. The provincial governments in Sindh and Punjab have vested little power in local bodies. In K-P, the position of the local governments is somewhat better. In Balochistan, these councils cannot be effective without the support of the provincial government. If sufficient development funds are made available to local government councils and committees by the provincial governments and are used transparently and judiciously, the people will benefit immensely. This will strengthen their attachment, not only with the locally elected councils, but also with the democratic process as a whole.

The key tests of the endurance of democracy are fair and free elections and the delivery of basic services to the citizens. These institutions and processes can evoke voluntary loyalty if the elected governments pay attention to societal security and human welfare and development. Similarly, democracy needs to be protected from its current mix-up with corruption and criminality. Other weaknesses that need to be addressed include the emphasis on loyalty instead of professionalism and the ethos of traditional kinship, which characterise governance, no matter which political party is in command.

Democracy in Pakistan faced four major challenges in 2015: the less frequent use of democratic institutions for policymaking and political management; the inability to address human development problems that have hampered attachment with democracy; the growing role of the military; and the challenge of extremism and terrorism.

The elected institutions and processes have to be made relevant to policymaking and political management. The elected parliament has not been able to acquire the focal place for lawmaking and accountability of rulers. The prime minister hardly attends its sessions and the federal cabinet members often shy away from attending as well. If the prime minister attends the sessions, the presence of cabinet members will also increase. This will enhance the centrality and prestige of parliament, especially the National Assembly. Further, the habit of holding All-Parties Conferences to discuss important issues devalues parliament. All major parties are represented in parliament. Thus, all key issues should be taken up there. The meetings of federal and provincial cabinets are held less frequently. Instead, the Apex Committees meet more frequently at the provincial level, and at the federal level, the high-powered meetings of top civilian and military officials, presided over by the prime minister, take important policy decisions. The National Security Committee did not hold any meeting in 2015. The post-18th Amendment Constitution requires that the Council of Common Interests should meet at least once in 90 days. This principle was ignored in 2015, thereby showing that there is hardly any serious attention given to making constitutionally-recognised institutions relevant to policymaking and enforcement.

The data on poverty and under-development as well as on children being out of school has not shown any improvement. Similarly, education and healthcare continue to suffer from a lack of official attention. The shortages of electricity and gas continue to add to the misery of the people. These shortages are more acute in areas where less privileged people live. A report of the State Bank of Pakistan showed that electricity generation increased by 1.6 per cent during 2015 and that if the existing electricity generating units produce to their capacity, the transmission lines will not be able to carry all the electricity.

The military continues to stay on the sidelines of the political system, but its role and influence has expanded in 2015 because of its increased role in managing internal security and fighting terrorism. The civilian governments are conceding space to the military in civilian affairs and seek its cooperation quite frequently. The introduction of the system of Apex Committees and military courts has provided an institutional framework for the expanded role of the military in civilian affairs. The corps commanders based in the provincial capitals are now linked with provincial affairs, with reference to the implementation of the National Action Plan. At the federal level, the army chief and the prime minister have established a functional arrangement for decision-making on selected issues.

There has been a noticeable decline in terrorist incidents in Pakistan in 2015. The government has, periodically, come down hard on public displays of religious and cultural extremism and intolerance, although these challenges still require attention to bring them under control. The questions of madrassa management and the projection of a moderate and Pakistan-based discourse to counter the narratives of extremists have remained poorly addressed.

The year is ending with confrontation between the federal and Sindh governments on the determination of the scope of action for the security operation by the Rangers in Karachi. The federal government is standing by the military on this issue. However, if the demand for a similar action by the Rangers and other federal agencies like the FIA and the NAB in Punjab is accepted, the political interests of the PML-N will be threatened in the same manner as the security operation in Karachi has threatened the political interests of the PPP. The new year is expected to witness attention-grabbing political and security developments that can upset the current cooperation between the civilian and military domains. Hopefully, democracy is able to withstand these new as well as the intensified old challenges.