Fifty copies of the Quran were also thrown out on the street during the incide­nt
By AFP
Published: December 26, 2015
Tweet Email 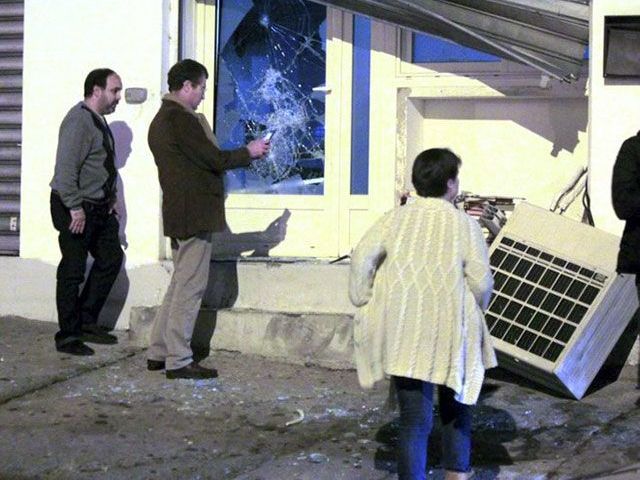 Fifty copies of the Quran were also thrown out on the street during the incident. PHOTO: THE MALAYSIAN INSIDER

FRANCE: Demonstrators ransacked a Muslim prayer hall and attempted to burn copies of the Quran on the French island of Corsica Friday, police said, following a night of violence that left two firefighters injured.

Tensions had mounted in Ajaccio on Christmas Day after two firefighters and a police officer were wounded overnight in Jardins de L’Empereur, a low-income neighbourhood of the city when they were “ambushed” by “several hooded youths”, authorities said.

Torn pages of Holy Quran thrown at door of US mosque

On Friday afternoon around 150 people had gathered in front of police headquarters in the island’s capital in a show of support for the police and firefighters, officials said in a statement.

But some in that crowd broke away to join as many as 600 who headed for the housing estate where the violence took place the night before.

They shouted slogans in Corsican meaning “Arabs get out!” or “This is our home!”, an AFP correspondent reported.

Nearby was a Muslim prayer room and a small group smashed the glass door and entered the place of worship, ransacking it and partially burning books including copies of the Quran, said regional official Francois Lalanne.

“Fifty prayer books were thrown out on the street,” Lalanne said, adding that some of the pages were burnt.

Police were to remain present on the housing estate overnight on Friday, with a security presence around five Muslim places of worship in Ajaccio, Lalanne told AFP. They would receive reinforcements in the coming days, he added.

French Prime Minister Manuel Valls wrote on Twitter that the break-in was “an unacceptable desecration”, while also condemning the “intolerable attack” on the wounded firefighters.

Anouar Kbibech, president of the French Council of the Muslim Faith (CFCM), said he had learnt of the mosque attack and the burning of “several copies of the Quran” with “distress”.

He also condemned the assault on law enforcement and safety officers in Corsica, saying he hoped “the authors of the violence would be identified and arrested as soon as possible.”

Local authorities including Christophe Mirmand, the prefect or top official of Corsica, also vowed to arrest those responsible for the outbreak of violence over two days on the Mediterranean island.

The Christmas violence came amid heightened security measures for the season in France after the November 13 attacks by militants in Paris that killed 130 people.

Dalil Boubakeur, the rector of the Grand Mosque of Paris, said he was “dismayed and saddened” by the events on Corsica in an appearance on France’s BFMTV, calling for “calm and cool heads”.

Around 120,000 French police, members of armed units and soldiers were mobilised on Christmas Eve and Christmas Day.

Corsica is a department of France which held regional elections earlier this month, which had seen the far-right anti-immigrant Front National make unprecedented gains in the first round of the vote.

On Corsica the nationalists won the regional election there taking power for the first time.