KJo took to Twitte­r to share a selie of the trio
By Entertainment Desk
Published: December 25, 2015
Tweet Email 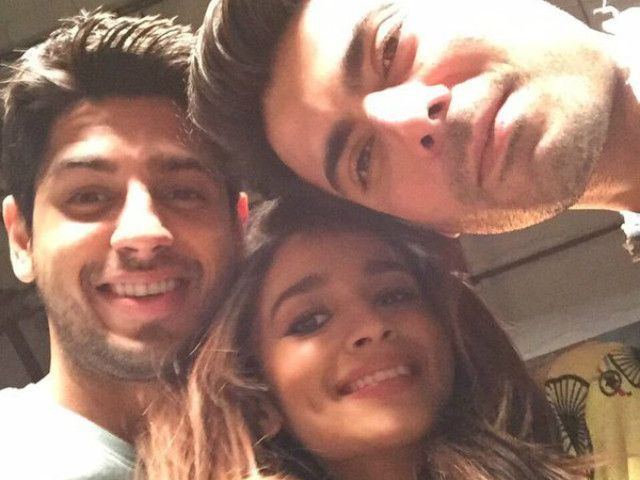 Just when we thought Fawad’s selfie with Neetu Kapoor was the be-all-end-all of selfies, we get another star-studded surprise from the set of Kapoor and Sons!

Ace director KJo finally wrapped up the shoot of his upcoming venture and took to Twitter to share a selfie of  Pakistani heartthrob Fawad Khan with Siddharth Malhotra and Alia Bhatt!

Student of the Year duo,  Alia and Sid, also took to social media to share their excitement:

Stay tuned, folks, KJo has more surprises planned for us.

In case you missed it earlier, Fawad also took a selfie with his fangirl Neetu Kapoor and her daughter on the set of his film.

My Fan moment on the set of Kapoor and Sons

Even her son Ranbir Kapoor seems to be a big fan as he snaped a selfie with the Pakistani actor on the set of Ae Dil Hai Mushkil.

He was even spotted posing with veteran actor Rishi Kapoor — who will be seen playing a pivotal role in KJo’s directorial.