Nauree­n Talat Arooba has been given awards on her books
By Our Correspondent
Published: December 25, 2015
Tweet Email 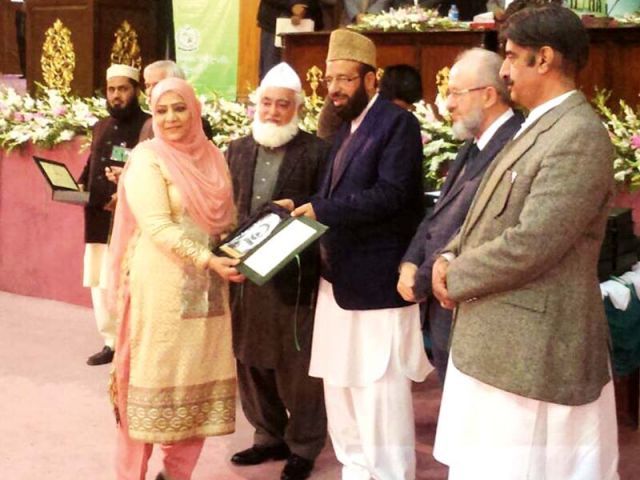 Naureen Talat Arooba has been given awards on her books.

Her book on Hamdia poetry titled ‘Rabbana’ was given presidential award at Seeratun Nabi conference held here at Jinnah convention centre on Thursday and was presented to her by Federal Minister for Religious Affairs Sardar Muhammad Yusuf. Minister of state for religious affairs Pir Aminul Hasnat was also present on the occasion.

Both of her previous Naat collections had also won first prize in the category. She has the unique distinction of being the only female to have compiled a full fledged book based on Naats – most of which had been written during her stay in Jeddah and frequent visits to Makkah.

From a famous poetess in the genre of ghazal, she turned to Naatia and Hamdia poetry.

Her first book ‘Haziri’ was given presidential award in 2004 and second book ‘Zahe-muqaddar’ in 2011. She is the daughter of renowned poet and journalist late Anwaar Feroze.