Regime of the financ­ialisa­tion of the econom­y has been presid­ed over by a munshi-turned-financ­ial wizard aka Ishaq Dar
By Dr Pervez Tahir
Published: December 24, 2015
Tweet Email 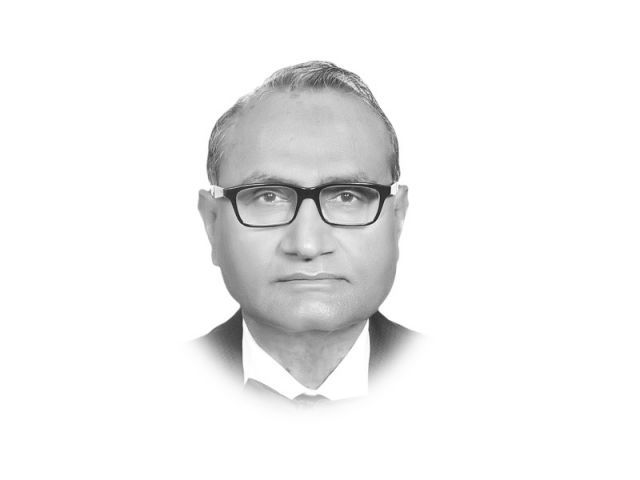 The writer is a senior political economist based in Islamabad

There are many ways to look at financialisation, but the one most relevant to a developing economy like ours is the dominance of accumulation through finance, over trade and commodity production. In the past three years, real value added in the financial sector has grown faster than agriculture, large-scale manufacturing and commodity production as a whole. It was also higher than wholesale and retail trade. The share of commodity production in GDP has declined. During the period July-November 2015, exports declined by as much as 15 per cent. In the first four months of the current fiscal year, the output of large-scale manufacturing industries increased by only 4.2 per cent. Textiles, the largest industry, experienced an output increase of less than one per cent. Automobiles, pushed by consumer credit, experienced the highest growth of 32 per cent. The outlook for agriculture is grim due to low prices and poor incentives. Cotton production, for instance, is likely to be far less than the target as well as the actual production of the preceding year.

Against the depressing news from the real sector, the banks enjoyed a before-tax profit of 52 per cent in 2014-15 and the bonanza continues in the current year. The real spread between the lending and deposit rates is higher than in nominal terms. One would expect that with the lowest interest rates in five decades, finance is flowing massively into productive investment. Sadly, this is not the case. Total investment in the country has been low and falling, as has been the so-called driver of growth — private investment. As if investment in manufacturing was not low enough at 1.6 per cent of GDP in 2013-14, it fell further to 1.3 per cent in 2014-15. Net foreign direct investment in the July-October period of the current year was negative. In 2014-15, the private sector borrowed only 19 per cent of the total. By the end of the first week of the current fiscal year, the private sector had borrowed 70 per cent less than its borrowing in the previous year, not all of it for fixed investment.

Where then are the profits of the financial sector coming from? Financialisation results from the control of economic policy by the financial elite and institutions. The regime of financialisation in Pakistan has been presided over by a munshi-turned-financial wizard, blindfolded by self-serving international financial institutions. Their target is to mobilise finance for the fiscal and current account deficits. As the government is unable to access cheap but inflationary borrowing from the State Bank of Pakistan (SBP) due to IMF conditionalities, it has turned to the commercial banks, which borrow cheap from the SBP and invest in risk-free government securities to make a killing. A colossal amount of Rs1.3 trillion was borrowed from commercial banks in 2014-15. Government securities constitute 84 per cent of total liquid assets of commercial banks. An amount of Rs366 billion was added to government borrowing from funded and unfunded debt. With only a fraction going to public investment, debt accumulation is the natural outcome. Domestic debt increased by one percentage point of GDP and its servicing by more than one percentage point of total revenue.

The privatisation policy is also a source of financialisation in that it focuses on selling the shares of profit-making public sector enterprises to finance the twin deficits. In addition to the privatisation proceeds, the current account deficit has been financed by expensive borrowing from the international market through Eurobonds and Sukuks. Regardless, there was a net outflow on public debt as well as total external debt and liabilities.

What is wrong with financialisation? A resource transfer is taking place to a sector which has fewer jobs to offer. Wages in the real sector are shrinking. As the financial sector is a relatively high-income sector, inequality would increase. A low level of social protection means poverty must also increase.