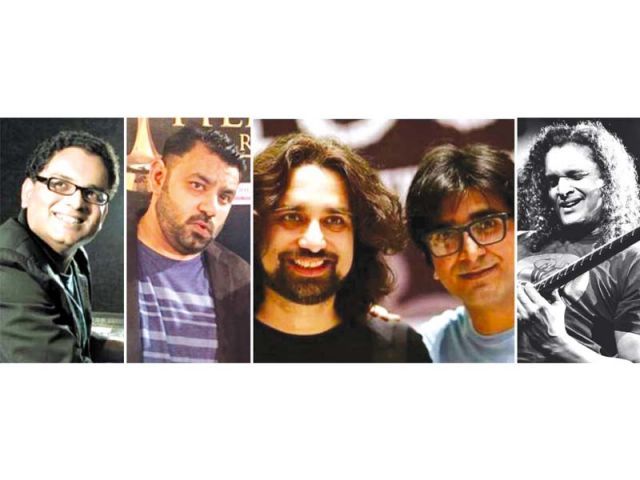 Hearsay suggests Waqar Ali, Shani Arshad, Noori and Mekaal Hasan could be in the running for a spot among the producers. PHOTO: PUBLICITY

It hasn’t been long since Strings seized the steering wheel of a music show that had already become one of the most exciting ventures in the region’s entertainment industry in recent times. But only after two years since the Strings duo took charge, it has been revealed that Coke Studio 9 will be helmed by not two but five or more producers.

Talking to The Express Tribune, multiple sources confirmed that the authorities at the show’s sponsor have given the green light to a total revamp of the formula that made South Asia’s largest music show what it is today. Taking the route that India’s Coke Studio @ MTV took after its debut season, Coke Studio season 9 will feature multiple producers working independently on their own episodes with creative control over their respective content.

Chants of the mystics: Promoting peace through music

The season finale will see all the different approaches converge into a showstopper episode. “All producers will now work on their own episodes. I think Strings will oversee the entire process as mentors,” said a singer and music producer. Requesting anonymity, the source added the last episode will be put together by all the producers, who will contribute in the shape of one song each. “Five to six producers will be part of the show,” said a star performer of Coke Studio.

Rumours about the show changing hands were rife for the past one month, with most of the show’s regular performers remaining tight-lipped about any possible developments. However, an artist who has been on the show, said, “Strings approached five different producers because they feared losing the contract for their third possible stint. The response for their two seasons was lukewarm. With more people on board, the risk will be shared by everyone and Strings will not be scapegoated.” The source said the new format was locked only recently and most producers have already put pen to paper. There is certainly no dearth of music producers in the country. With the film industry gaining ground, more and more people have in the recent past tried their hands at making music for films. Pop and rock acts such as Strings, Noori and Shiraz Uppal have attempted to diversify with soundtracks of movies, such as Moor and Karachi Se Lahore. Even OST producer Waqar Ali worked on the music of Wrong No. Former Awaz member Faakhir recently produced Shakar Wandaan Re and Khush Piya for Asim Raza’s upcoming film Ho Mann Jahaan.

Nonetheless, a major concern over the past two years has been the Karachi-Lahore divide. Artists of Lahore have vehemently slammed the ‘Karachi-centric approach’ of the show on the social media. Their concerns could be addressed if the producer line-up is well-balanced this time around. Lahore-based musicians, such as Mekaal Hasan, Sahir Ali Bagga and Shuja Haider, are all capable of contributing to the show as producers. Mekaal recently helmed the I Am Karachi music festival and his musical prowess is recognised all around. Both Sahir and Shuja have ample experience working on acclaimed film soundtracks. It will, beyond doubt, be difficult for the authorities to finalise the production team.

When approached, Public Affairs and Communications Director for Pakistan and Afghanistan at Coca Cola, Fahad Qadir, said, “Coke Studio 8 was a record-breaking season, something we are extremely proud of.” He added that currently, various options for the next season are being discussed. “So far, I cannot confirm any specific changes for the year ahead.” Both Bilal Maqsood and Faisal Kapadia could not be reached for comment despite repeated attempts.

Patari continues to keep it real