Common ground will lead to a durable alliance, says Rasheed

Common ground will lead to a durable alliance, says Rasheed 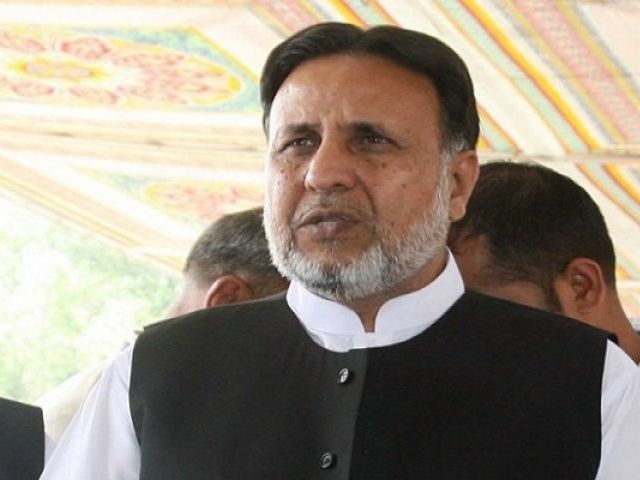 LAHORE: A united opposition in the Punjab Assembly is not an entirely new idea. The opposition parties have supported one another in the past but their alliance has not been effective. “Whenever a major issue emerged, the opposition parties got together and tried to come up with a united stance. The strategy succeeded at times. It failed at others,” said Leader of Opposition Mahmoodur Rasheed.

He was talking to The Express Tribune about a recent announcement by PTI chairman Imran Khan that the party would soon approach other opposition parties in the province to form an alliance against the PML-N government.

There are just 54 opposition members in the Punjab Assembly against 310 treasury MPAs.

Rasheed said issues on which the opposition parties were already in agreement would be identified to ensure an effective alliance this time. He suggested opposition to the chief minister’s discretionary powers over block allocations, need for greater administrative authority for elected local governments and revisions to the government’s development agenda as three issues around which negotiations could be started with other parties for the formation of an alliance. Rasheed said whether or not the latest initiate would be successful did not matter on this stage. “At least the opposition will have a united stance,” he said.

He recalled the debate over allocation of development funds as one of the instances where the opposition had failed to develop a consensus against the government. He said the PTI had wanted to discuss the matter on the floor of the House. Other opposition parties, however, favoured approaching the chief minister with a request that schemes identified by their MPAs be considered for funding by the government.  The strategy did not yield fruit, he said. Rasheed said he planned to approach leaders of major opposition parties with the suggestion after December 25.

Speaking to The Tribune, PML-Q and PPP leaders came up with mixed responses to the idea of an alliance of opposition parties in the province.

“It’s a great idea but I don’t see it gaining traction,” said Aamir Sultan Cheema, a PML-Q MPA. Cheema has looked after the PML-Q’s affairs in the Assembly in the absence of Moonis Elahi, the parliamentary leader of the party who is out of country.

Cheema said alliances could not be successful without an understanding among the central leadership of parties involved. “Alliances in provincial assemblies cannot be made in isolation.  Political dynamics in other provinces are bound to affect them,” he said.

Unlike Cheema, PPP’s parliamentary leader Qazi Ahmad Saeed was hopeful about the prospects of the alliance. He said the failure of earlier attempts at forging an alliance should serve as a lesson. “It should help us understand the need for a united stance on major issues,” he said.