Sindh govern­ment has finall­y come out in the open to defend Dr Asim Hussai­n
By Our Correspondent
Published: December 22, 2015
Tweet Email 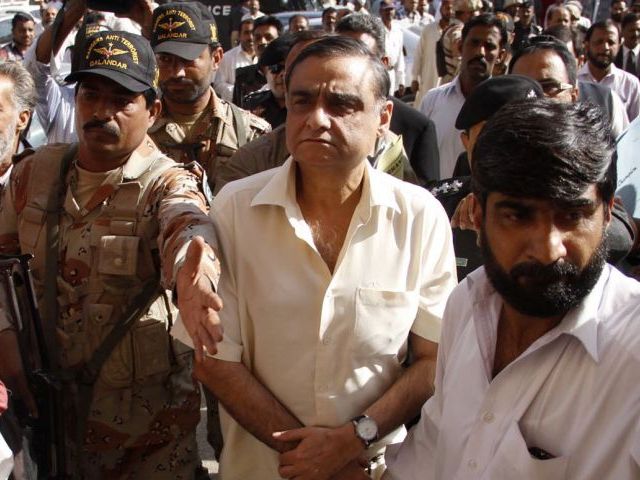 Upset with the court order to try Dr Asim Hussain under anti-terror laws, the Sindh government has finally come out in the open to defend the confidante of Pakistan Peoples Party Co-chairman Asif Ali Zardari.

“We respect the judiciary but this decision really makes us wonder if Dr Asim will get justice or not,” Sindh Information Adviser Maula Bux Chandio said on Monday while addressing a news conference at the Sindh Secretariat.

“Dr Asim’s family reserves the right to challenge the decision in court,” he said. “We agree that Dr Asim is our colleague, which is why we are morally and ethically supporting him. There is nothing wrong with that. But his family will pursue his case at a proper forum.”

The court has rejected the police investigation report of clearing the former petroleum minister of charges of supporting terrorists. The suspect will now be tried in an anti-terrorism court (ATC).

Chandio raised questions over the court decision, claiming the correct procedure may not have been followed. “We are really saddened with the court decision. We again request fulfilling legal requirements by going through the forged allegations against Dr Asim,” he said.

“How is it possible for a terrorist to be admitted to his hospital at 4pm and released at 2pm?” Chandio asked. “The bills attached with the Rangers reports are questionable.”

The information adviser claimed even after 90 days in Rangers’ custody, the investigation of Dr Asim was still continuing. “You put him in your unchallengeable custody and still could not prove anything. What else do you want to dig up in his case?” he said while referring to Dr Asim’s 90-day preventive custody with the Rangers.

Even then he tried to distance the government from the case. When prodded if the Sindh government was pursuing the case, Chandio replied the situation would have been different if this was the case.

Appreciating the paramilitary force on the one hand, he expressed his displeasure how Dr Asim’s case had been handled by the Rangers. “They were called in by the Sindh government and come under the command of the chief minister,” he contended.

Dr Asim Hussain to be tried in ATC