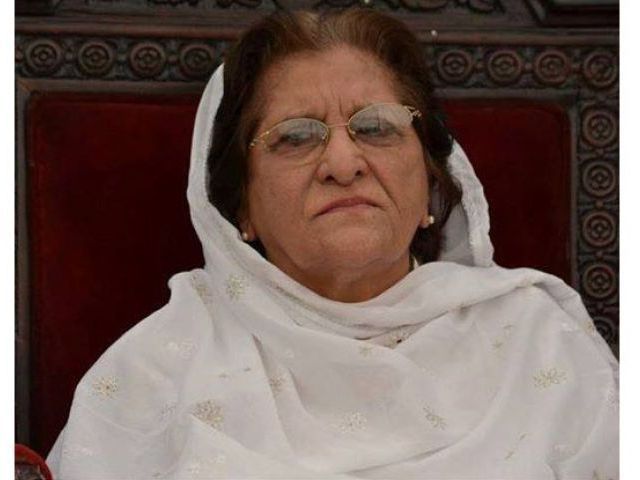 PESHAWAR: After the position lay vacant for over a year, the K-P Assembly is finally going to elect a new deputy speaker on Tuesday (today).

According to insiders, Dr Mehar Taj Roghani of the ruling Pakistan Tehreek-e-Insaf and Arbab Akbar Hayat from Pakistan Muslim League-Nawaz submitted their nomination papers at the Assembly Secretariat.

On the other hand, Hayat submitted two sets of nomination papers—one recommended by his party’s parliamentary leader Sardar Aurangzeb Nalotha and the second by Awami National Party’s Syed Jaffar Shah.

The total strength of the assembly is 124 members and the winner has to get at least half the vote, which is not a difficult task for the treasury bench candidate.

“PML-N has fielded its candidate to take revenge from PTI, which pitted Aleem Khan against Sardar Ayaz Sadiq in the National Assembly,” said the secretariat official.

When asked, Jaffar Shah told The Express Tribune the “opposition candidate is Hayat and we will vote for him regardless of victory or defeat.” Shah said opposition members met with the K-P Governor Sardar Mehtab Ahmed Khan at his residence for dinner.

On the other hand, Hayat submitted his application to Assembly Speaker Asad Qaiser to issue a production order for former mines and mineral minister Ziaullah Afridi who is currently in jail. Hayat requested this to ensure the disgruntled PTI man could vote in the deputy speaker elections. A copy of the application is available with The Express Tribune. Sunday evening, CM Pervez Khattak convinced MPA Dina Naz and Mehmood Jan, who were aspiring to submit their nomination papers for deputy speaker, to support Roghani. Naz told the media she would support her party candidate.