For the sake of the children

For the sake of the children

Pakist­an has 25 millio­n childr­en out of school and malnut­rition claims the lives of 280,000 every year
By Sahar Bandial
Published: December 21, 2015
Tweet Email 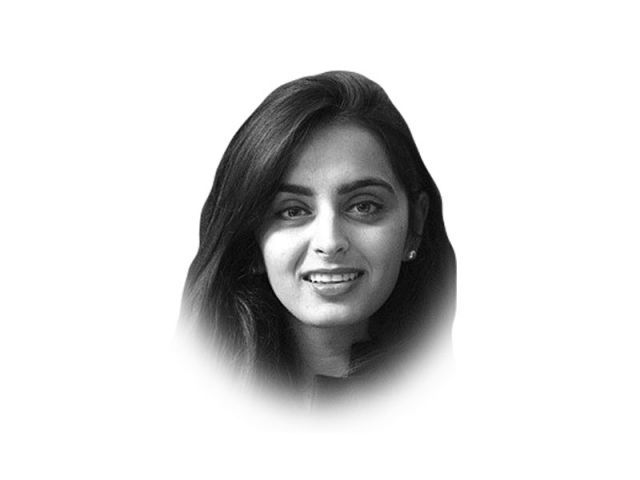 The writer is a lawyer and a member of the law faculty at LUMS. She is a graduate of the University of Cambridge

To say that we as a nation have failed our children may be trite or viewed as mere hyperbole. Yet, as most of us last week mourned the anniversary of the massacre of 132 schoolchildren in Peshawar, and paid tribute to their bravery and the sacrifice of their parents, we were overcome by the realisation of such failure. Musing over the events that marked 2015, we were then reminded of the schematic sexual abuse of hundreds of children in Kasur, which continued undetected for nearly a decade. Our sense of defeat only compounded. Yet, Kasur and Peshawar are just two instances of crimes against the child, which, by reason of their heinousness, could not have been overlooked. Uncountable cases of child abuse, violence and exploitation occur unnoticed each day: the boy forced to drop out of school; the child begging by the street corner; the minor girl washing dishes at your home, the new-born languishing in the corridors of a government hospital; a seven-year-old peering through prison bars.

The state of child rights in Pakistan is abysmal — nearly 25 million children are out of school. The country ranks third-highest worldwide in the prevalence of child and forced labour. A staggering number of cases of violence against the child are reported yearly. Pakistan has one of the highest infant mortality rates in the world (SPARC, 2014). Malnutrition claims the lives of 280,000 children in Pakistan each year. The statistics are chilling. Our (near) indifference is criminal.

Children represent the essence and beauty of life and creation. They are innocent, pure and vulnerable. There is a tomorrow by virtue of their existence. We are custodians, shouldered with a grave responsibility of their care; and there is no failure graver than the failure to nurture and protect them. The failure is individual, and exists in our daily complicity and apathy to a range of instances of child neglect and abuse. The failure, however, is more so that of the state. Its poor educational infrastructure, inadequate health care facilities, weak and ineffective child welfare protection policies, and inaction on international covenants are the chief culprits of Pakistani children.

Nearing the close of the year, however, the state’s conscience seems to have been somewhat moved by the condition of its children. The National Assembly passed the Criminal Law (Amendment) Act 2015 earlier this month introducing much-needed legislation with regard to the criminal law’s treatment of the child. The Act has increased the minimum age of criminal responsibility from seven to 10 years, in acknowledgment of the limited capacity of a child of younger age to comprehend the nature of his actions and his vulnerability to influence. In response to the criticism that followed the Kasur incident, the new law has also criminalised child pornography and seduction. Anyone who records a visual depiction of a child engaging in sexual conduct, exposes a child to obscene material, seduces him to engage in sexual activity or records, in any form, a visual depiction of such incident is now subject to a maximum fine of Rs500,000 and imprisonment for a term of seven years. Through the insertion of section 328A to the Penal Code, the Act has classified wilful assault, ill-treatment, neglect and psychological injury to a child as a criminal offence, subject to imprisonment for a maximum term of three years and a fine of Rs50,000.

Legal protection is a critical part of the state’s responsibility to the child and we must applaud the legislature for its recent feat. Yet, we must acknowledge that the impact of any new law will depend entirely on the state’s will to enforce it through the establishment of an institutional framework, effective in detecting, preventing and apprehending instances of child abuse. We must also remember that the state’s responsibility does not end here. Legislative reform must continue through a review and reorganisation of existing legal structures. Budgetary allocation must be reviewed, resources of educational institutions fortified, the health sector reformed and so on. On a personal level, each one of us as individuals must continue to scrutinise our actions, rethink our ways and address any abuse we see around us.