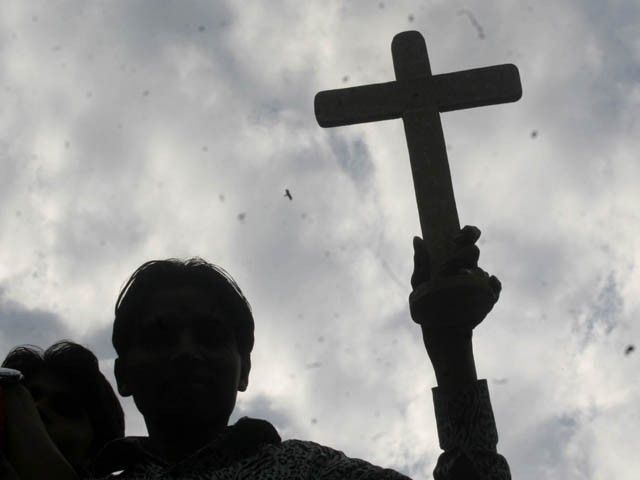 PESHAWAR: In a first in over a decade, Christians from the Federally Administered Tribal Areas (Fata) will not be able to attend the annual Christmas dinner at the President House scheduled for today (Monday).

The tightly knit, small Christian community in the tribal areas has been silently protesting against the decision of the President House for not sending invitations with some even contacting government officials over the apparent snub but to no avail.

Wilson Wazir, who was appointed as one of the first minority Maliks (tribal elder) earlier in June this year, told The Express Tribune that it was for the first time in more than a decade that the Christians from Fata were not invited for the official dinner.

“It gives the community a feeling of being outcasts. I have attended 12 Christmas dinners over the years but this time we have been left out,” he lamented.

When contacted, an official from the Ministry of Religious Affairs and Interfaith Harmony told The Express Tribune that the security clearance of Fata’s Christians had not been received from the concerned departments. “We could not send them invitations without official approbation,” the official said requesting anonymity as he was not authorised to speak.

“I am uncertain as to why we are being alienated without any reason” said Wilson Wazir, holder of Sitara-e-Imtiaz, the third highest civil award, which was awarded to him in March this year in recognition of his services for minorities.

Around 15 to 20 invitations are sent every year to Christians living in Fata to attend the Christmas dinner in Islamabad. There are an estimated 15,000 Christians in Fata, majority of which have been living there for centuries. Their churches are mostly located inside the political compounds, structures from the colonial era.

This year, after a struggle of decades, minorities were finally offered equal status as the rest of the tribesmen. The decision was partially aimed at addressing the grievances of non-Muslims in the area who had been subjected to constant fear by various militant outfits and at times threatened to migrate to other areas.