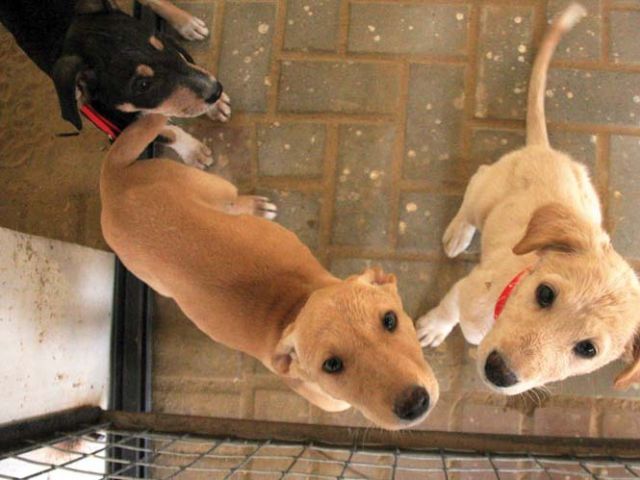 A total of 85 animals, inlcuding cats, dogs, a horse and a couple of donkeys have so far been brought to the centre. PHOTO: ATHAR KHAN/EXPRESS

When it comes to pain, love, joy, loneliness, and fear, a rat is a pig is a dog is a boy, once said People for the Ethical Treatment of Animals founder Ingrid Newkirk.

With that thought in mind, the Ayesha Chundrigar Foundation (ACF) Animal Rescue in Karachi, which held its launch on Sunday after four months in the making, was established to provide the injured and stray – and helpless – creatures of our streets a place to call home. It is also the first-of-its-kind facility in the city.

According to the foundation’s head, Ayesha Chundrigar, who also believes the capacity for suffering is not just limited to humans, the only time they euthanise an animal is if it is unable to endure trauma.

“We keep them till they die and give them as good a life as possible,” she said of the 85 victims of fate – cats, dogs, a horse and a couple of donkeys – they have so far brought into their care.

Ayesha began her work at the Edhi Animal Shelter and Hospital about two-and-a-half years ago. But with no electricity and water, the idea of a good home for the suffering animals was still missing. But along with her, nine other volunteers – including two vets, cleaners, administrators – and regular donations from the private sector, they were finally able to build a place close enough for people to access.

On all fours: Pet show has Peshawar’s animal lovers purring

They receive about two to three animal rescue calls in a day, sometimes even 10. In the second half of the day, a van goes out with a vet, an assistant and the driver to pick up the animal and bring it back to the shelter after which it is taken to the surgical room. According to its needs, and the extent of the injury, if any, it is treated and taken into a quarantine room for two days before being integrated with the rest of the animals.

The death rate is at a minimal, says co-admin manager of the organisation Wajihah Ahmed. “It is higher in kittens as they find it difficult to survive after being abandoned by their mothers.”

She added: “We try not to take in calls for pets that people are unable to keep anymore as they find it difficult to adjust with us. Unlike strays, they need constant attention and are unable to get along with the rest of the animals in the shelter.”

The only exception they make is when the pet has been abandoned or gone missing. “While strays take about two to three days to adjust, these pets take a couple of weeks at least,” she said while referring to the constant barks of dogs.

The animals have plenty of space to roam around, bathe in the sun, take shade in its spacious open-roofed cages. There is a sandpit for the donkeys and the horse as well as a pasture of grass to be nibbled on. Soon they will be installing fans to keep away the flies. An emotional experience for first-time visitors, the blind horse, the three-legged dog, and the damaged eyes of survivors are enough to understand why the animal shelter was needed.

No one though may understand it better than Niaz Bano, an acid victim, whose suffering makes the shelter a haven for her and the animals she has come to adore and make her life. “Jab ghar chali jaati hoon tou dil nahin lagta [My heart is at the shelter. Even when I go home I’m not at peace].”