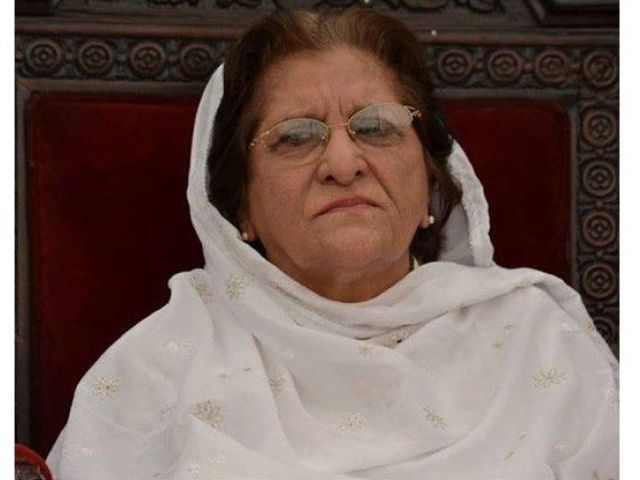 A last-minute meeting was called at CM House Sunday night as MPAs within PTI have expressed reservations over Meher Taj Roghani being fielded for the deputy speaker’s seat in the assembly.

“I cannot go against the party’s decisions, but it has been decided that Roghani will be the candidate of the deputy speaker’s seat,” PTI MPA Mehmood Jan told The Express Tribune on Sunday. He said MPA Dina Naz, who is also unhappy over the decision to field Roghani, is pushing to submit her nomination papers but the final decision would be made over dinner at the CM House.

A party member requesting anonymity told The Express Tribune that on December 18, Chief Minister Pervez Khattak called a meeting of all PTI members to discuss the nomination for the deputy speaker’s seat. In the meeting, the CM nominated Roghani, who is from Mardan. However, MPAs within the party showed reservations over the decision. “MPAs in Peshawar said party representatives [from the key district] have been ignored for every key post, therefore someone from Peshawar should be nominated for the deputy speaker’s post.” The same opinion was echoed by several other MPAs.

The official said during the meeting, MPA Javed Nasim said he was not satisfied with Roghani’s previous work in her department.

MPA Arbab Jahandad was of the view that the opportunity should be given to someone new in the party. Even after the meeting Dina Naz was adamant to file her nomination papers for the vacant seat.

PTI MPA Muhammad Arif, who is the chairman of standing committee on education and was also present at the meeting, confirmed it took place and that Roghani was nominated. “Some MPAs did express reservations over the nomination of Meher Raj but in the end they will agree.”

He added it is the right of everyone to apply for the seat but the final decision would be taken by the party leaders. “PTI Chairperson Imran Khan also suggested Roghani’s name for the post.” Arif added other candidates will withdraw their papers in the end.

Pakistan Muslim League-Nawaz lawmaker Arbab Akbar Hayat Khan—who is from Peshawar—has been nominated by the opposition to contest the seat. Jamiat Ulema-e-Islam-Fazl’s Mahmood Ahmad Khan said, “The strength of the opposition in the provincial assembly was 54 but after the alliance of Qaumi Watan Party and PTI the number has reduced to 44.”

Awami National Party MPA Jafar Shah said the decision to field Hayat was made at a joint meeting of all opposition parties. “We will support Hayat for the seat.”

The deputy speaker’s seat has been lying vacant for over a year after Imtiaz Shahid resigned from the post and took oath as the minister for law and parliamentary affairs. The election schedule was announced on November 27 by K-P Assembly Speaker Asad Qaiser. The nomination papers will be filed on December 21 (today) and the election will take place on December 22.