7 Pakistani startups to look out for in 2016

7 Pakistani startups to look out for in 2016 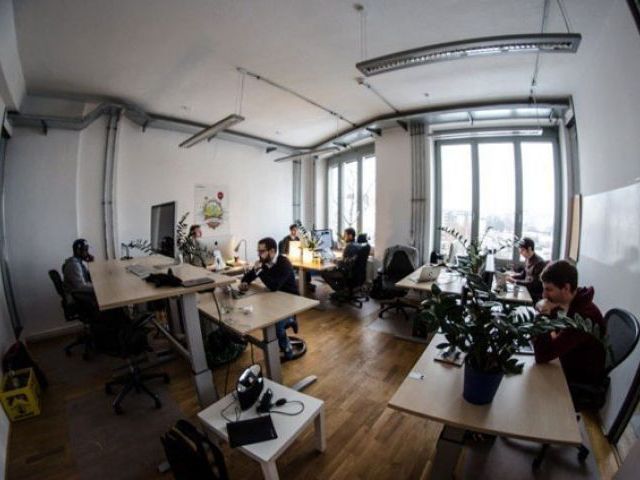 As 2015 draws to a close, it’s time to look at the year ahead. Startups in Pakistan are entering the national consciousness, fuelled by exponential growth in high-speed internet connectivity.

Consumers understand that tech is capable of solving many problems in their lives – be it hailing transport, skimming through classifieds, or even booking spa appointments.

12 Pakistani startups which raised funding in 2015

The internet has the power to provide a level of transparency unmatched by any other medium; a fact that businesses, founders, and users have internalized to a great extent.

One of the more encouraging trends to emerge from Pakistan in 2015 was the capacity of founders to look beyond the local market. They’re innovating and building products that have global appeal.

That’s not to undermine local consumers at all – with 200 million of them it’s certainly a sizeable market to tap. But as more investor money pours in, and founders are aware of existing opportunities in regional markets, this is a trend which will hopefully continue in 2016.

The nascent world of Pakistani cinema

In no particular order, here’s a list of startups from Pakistan to look out for in 2016. The list consists of some emerging companies, as well as those who have been around for a few years, but all of them have one thing in common; if they play their cards right, the year ahead could prove to be extremely fruitful.

Think of Travly as an “Uber for Tuk-Tuks.” The startup solves a very real need in Pakistan and, arguably, the region too. Public transportation is dilapidated and tuk-tuks (auto rickshaws in the local parlance) flood the streets. Travly is making it easier to hail one, either through its smartphone app, or via a hotline. The tenacity of its founders is also something to note; the startup was initially just a smart route planner but was courageous enough to pivot when the initial model wasn’t working out. It’s grown rapidly in just a few months, entering new cities and scaling aggressively.

Wifigen is a startup that helps businesses increase their social media traction by offering free wifi to those in the vicinity. It’s had a stellar 2015 – locking in deals to serve tourists in Tahiti as well as those passing through Singapore’s Changi Airport.

Sure, it has competitors like Fanswifi, but the encouraging thing is that Wifigen is hustling, and hustling hard. I wouldn’t be surprised if it enters several more markets in 2016 and locks down a significant investment round.

Soloinsight is an incredibly futuristic startup building hardware solutions for businesses to help them with workforce management.

Its flagship product, Cloud Gate, is a cloud-based hardware and software platform that comes with 3D facial and iris recognition and a host of other nifty features. The company started operations in Pakistan and was headquartered there for several years, before moving to the US last year after raising US$3 million in seed capital.

It still maintains an offshore presence in the country, and founder Farhan Masood is fervent in his desire to scale it into a billion-dollar company.

Zameen, an online real estate portal, raised an impressive US$9 million in series B fundingthis year, solidifying its position as market leader in the space.

The startup already has presence in the Middle East through its venture Bayut, but a chunk of the money will be used to look at other business opportunities in the region.

It’s executed and scaled well in Pakistan, and I wouldn’t put it past the founders to use their acumen for continued growth in 2016.

BeautyHooked is a marketplace for salons, spas, and pampering services. The potential in this space is huge – women in Pakistan love to spend oodles of cash on their favorite hair, massage, and wax services.

Current mechanisms for discovery and reservations are archaic and outmoded. The fragmented nature of the market gives further credence to Beautyhooked’s business model. The startup is benefiting from a lack of serious competition. It’s perplexing to see why other entrepreneurs haven’t explored the sector properly, but I doubt BeautyHooked is complaining.

And online spa bookings is a proven model regionally, with Rocket Internet-backed Vaniday already present in UAE and Singapore, as well as highly-funded startups likeVanitee.

2016 may very well prove to be a make-or-break year for Beautyhooked. It’s crucial for the startup to keep scaling, expand into more cities, and incorporate an ecommerce element in the product.

Trequant is a hardware startup that makes beautifully-designed smartwatches for tremor patients. Tremors is a neurological condition in which your hands, head, or legs shake unintentionally and uncontrollably. The watch helps patients with self-assessment as it tracks patterns via kinetic sensors and transmits data to smartphones via bluetooth. The best part is that the watch looks nothing like a medical aid, or even a LED-infused smartwatch. It’s aesthetics should appeal to all and sundry.

Trequant is currently in Silicon Valley for acceleration at Google-backed Blackbox Connect. Their Kickstarter should be live by early next year.

Emperor’s Bazaar is a curated marketplace for artisanal and handcrafted goods from Pakistan. It’s still early days for the startup – it’s currently in an acceleration program at Islamabad-based i2i, but there’s massive potential ahead if executed correctly.

Emperor’s Bazaar is similar to Indian marketplace Craftsvilla, which raised US$54 million this year and might be preparing for an IPO.

Artisans in Pakistan are similar to those in the rest of the region: they ply their trade outside major cities and the challenge is to bring them online, in reach of both local and global consumers.

For now the startup is focusing on Pakistan, but aims to reach out to international clientele in the coming year. It follows strict guidelines on accepting products into the marketplace and is training rural artists to help them sell on new channels.