Scarf-wearing cheetah on the loose in snowy Canada

Scarf-wearing cheetah on the loose in snowy Canada 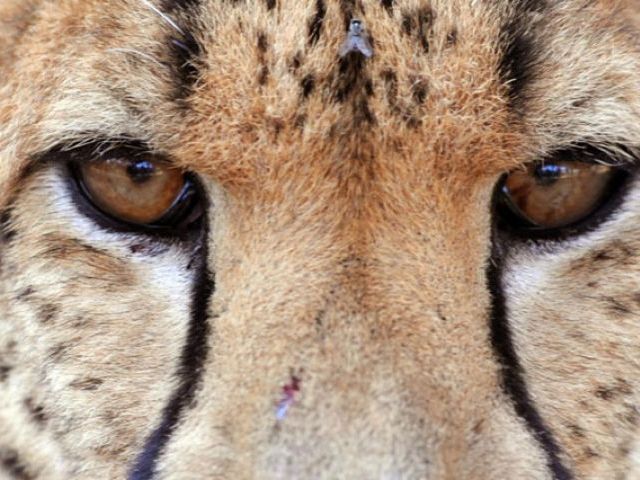 OTTAWA: Canadian conservation officials and federal police were on the lookout Friday for a cheetah wearing a bright orange scarf and wandering through the snow-covered outback.

The big African cat was spotted crossing a highway near Creston, British Columbia on Thursday by a motorist who stopped to photograph it.

He said cheetahs are typically shy and less aggressive than other large cats, and “this one is probably used to being around people.”

But as a precaution, local schoolchildren have been kept indoors and residents have been asked to mind their small pets, a spokesman for the Royal Canadian Mounted Police said.

Ownership of exotic animals is allowed in British Columbia with a special permit, but no permits have been issued to anyone living in the area where the cheetah was spotted, Caravetta noted.

Three conservation officers have been sent to track the cheetah, helped by a fresh snowfall. With temperatures hovering just below freezing, Caravetta said a cheetah can probably last only a few days in the Canadian wilds.

The Toronto Star quoted a local school administrator as saying “some of the (students) are excited” about a cheetah in their midst. The official noted that bear or cougar sightings are common in the Canadian outback, but nobody in this area has ever seen a cheetah.

Lions made famous on television poisoned in Kenya

The driver who spotted the animal told public broadcaster CBC: “My first thought was, ‘that’s a cheetah. What’s it doing there?'” She described it as panting and seemingly in distress.

She said she tried to “coax it over,” but the animal just kept walking up the road until it disappeared over a snow bank.