Parami­litary soldie­rs also honed their skills by carryi­ng out a dummy search and rescue operat­ion
By Our Correspondent
Published: December 19, 2015
Tweet Email 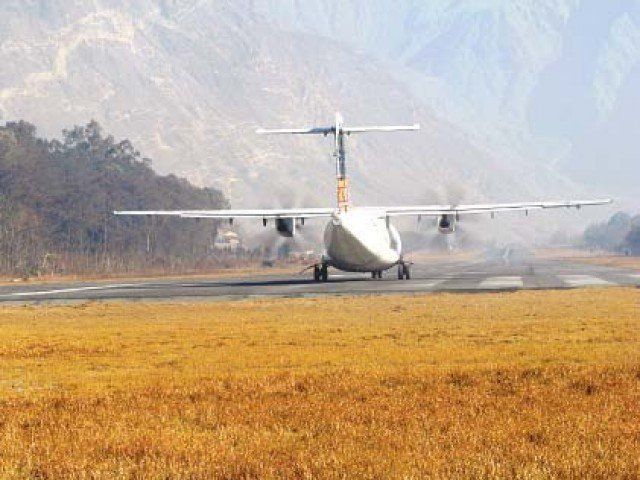 Civil Aviation Authority (CAA) officials recently carried out a security drill at Skardu airport in an effort to train workers on how to respond to an emergency.

Officials from CAA, Airport Security Force (ASF), PIA, police, civil administration and other rescue service agencies participated in the drill, which was aimed at helping staff to deal with any attack on the airport premises. The exercise was conducted a few days back.

The exercise was carried out in the wake of the prevailing law and order situation and enhanced security measures being taken at airports around the country, an official said.

As part of the drill, a security alarm went off in the afternoon and within minutes ASF commandos cordoned off the main airport building and closed off all access to the runway.

District Headquarters Hospital and the Combined Military Hospital were also on standby and ambulances including the 1122 vehicles were promptly dispatched to the airport site.

Paramilitary soldiers also honed their skills by carrying out a dummy search and rescue operation.

Amid pressure: Anti-privatisation rally put off, protest rages on