Is Balochistan being ignored again?

Is Balochistan being ignored again? 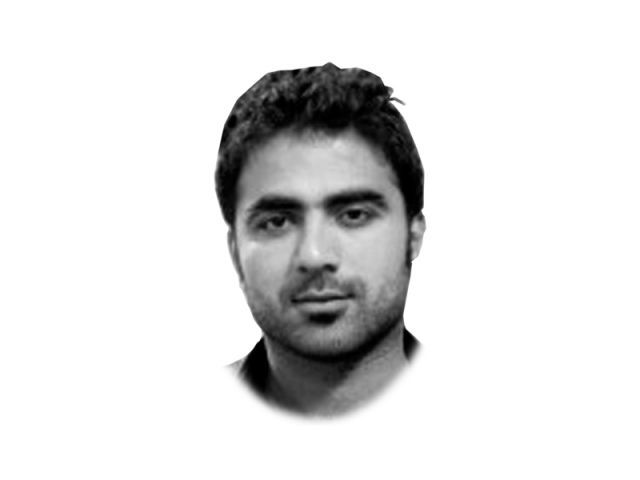 Much of the talk on the China-Pakistan Economic Corridor (CPEC) revolves around the construction of the Gwadar-Kashgar route, touted by government officials and experts as a sort of magic solution for poverty in militancy-stricken Balochistan, and the harbinger of an economic revolution in the region.

The port city of Gwadar is located on the Makran coast of Balochistan, about 72 kilometres off Chabahar in Iran, where India has poured billions of dollars of investment. Other countries, such as Japan, Germany, Italy and South Korea have also showed an interest in making large-scale investments in Chabahar.

Gwadar has been a hotbed of separatist activity in the past. Several of its settlements are known to be strongholds of hardline Baloch nationalists who don’t look kindly upon foreign investment coming into the region. Kashgar, located in the heart of Xinjiang, China’s only Muslim-majority, Turkic-speaking region, is populated largely by ethnic Uighur Muslims and has been home to a separatist movement since the mid-1990s. The huge landmass, about the size of Iran, is now also home to people of other ethnicities, who were moved there to loosen the hold of the Uighurs in the region.

The Balochistan Assembly’s elected representative for Gwadar is not convinced that the people of the port city will reap the benefits of the massive investments that are planned for it. He has expressed concern that even though he is charged with making important decisions regarding the CPEC, he does not feel he has been taken fully on board by those who are making the agreements. He goes so far as to say that it almost seems like there is a plot afoot to convert the local population into a minority in their own area. The newly elected chairman of the Gwadar Municipal Committee has also complained that the opinions of local leaders and of the people of Gwadar have been disregarded in recent CPEC-related decisions. The residents of Gwadar say the township still lacks basic facilities, like access to clean drinking water, and suffers from inadequate educational institutions, poor healthcare, precarious infrastructure and prolonged hours of power outages. Meanwhile, people from across the country are coming in and buying up parcels of land and taking advantage of newly introduced housing schemes that are too expensive for the struggling local fishermen.

This is not the first time that Gwadar has been the subject of much attention and media coverage. The same happened during the Musharraf regime. In the 1970s, Gwadar did not benefit from any development because the prime minister at the time preferred to pour money into building Port Qasim in Karachi. In the 2000s, during the regime of former president General (retd) Pervez Musharraf, there was much hype regarding the development of a deep seaport at Gwadar. However, that resulted in little more than corrupt land deal scams. This time, it is the Chinese government’s turn to be interested. Its $46 billion investment is already double that of what the foreign direct investment in Pakistan has been since 2008 and more than the total US assistance since 2012. Exactly how much money will be invested in Gwadar is the million-dollar question. While the federal government has still not disclosed all details of the CPEC, it does not have a good track record of cooperation with Chinese companies. People have strong reservations and are naturally wary, given past failures, to follow through with social uplift schemes in Balochistan and in other areas of Pakistan where mega projects were planned and huge investments made. Questions have also arisen over the appointment of Senator Mushahid Hussain Syed as parliamentary committee chairman for the CPEC, as there is a strong feeling that this role should have been offered to a Baloch leader who could have been more effective in the smooth implementation of projects as he would have had a greater stake in the well-being of the province.

During a recent visit to Quetta by the Chinese ambassador, a senior Chinese official stated that the leadership of Pakistan expresses little interest in building consensus amongst its people on the CPEC. There are concerns that there might not be any constitutional protection in place for CPEC-related agreements and MoUs inked between China and Pakistan. It is obvious — even to visiting Chinese delegates — that our leaders care very little about the opinions of the indigenous people. A former secretary of finance for Balochistan has said that of the total $46 billion invested, the province stands to gain a mere $66 million.

There is no working group at the provincial level to protect the interests of Balochistan. This means that all decisions are being made without there being input from the local people. Despite countless statements and claims regarding the CPEC and its impact on the economy, it seems that the government of the day does not really care about implementation of projects related to the CPEC as it is highly unlikely that any project that does not enjoy the support of the local people will succeed, and little has been done to build this support. Our leaders waste no time in blaming foreign elements for creating problems and putting hurdles in the way of executing these multi-billion-dollar projects. But it must not be forgotten that foreign elements have no hope of succeeding unless they have support on the ground.

The people of Balochistan are beset by a deep and prevailing sense of deprivation, neglect and hopelessness. There is a very strong feeling among the ordinary folk of the province that the Punjab-centric federal government is only interested in exploiting and utilising the natural resources and the coast of Balochistan, and not in the socioeconomic development of the poverty-stricken province, where people are still forced to travel hundreds of kilometres for decent education and healthcare services.

Will this country ever learn?