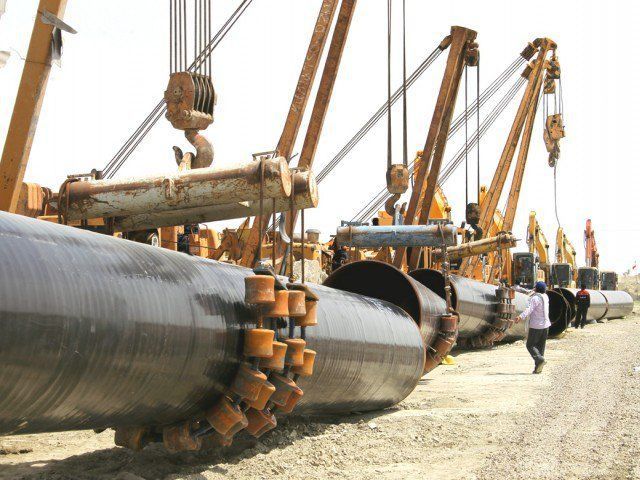 After the groundbreaking of TAPI gas pipeline, Pakistan and Turkmenistan are now negotiating for a second project, which would pass through the Afghanistan-Iran border to connect with the Gwadar port.

An official familiar with the development said the Interstate Gas Systems (ISGS) had submitted a concept paper to Turkmenistan around two months ago, discussing the laying of an additional gas pipeline.

The official said that work on this proposal was under way to implement the project.

He said the TAPI pipeline would be able to provide 3.2 billion cubic feet of gas per day, while any additional gas supply from Turkmenistan would be transported through another pipeline.

“The Pakistan government would set up an LNG re-gasification plant at Gwadar Port to convert this gas into LNG,” the official added.

“The proposal of a second pipeline was also discussed during the sidelines of the meeting at Ashgabat, Turkmenistan when Prime Minister Nawaz Sharif visited for the groundbreaking of TAPI project.”

Turkmenistan had already committed to 85% investment to implement the TAPI gas pipeline project. The remaining equity would be equally shared by Afghanistan, Pakistan and India.

China will also provide a concessional loan for the Gwadar LNG pipeline project.

Meanwhile, Russia, which is already importing gas from Turkmenistan, has also offered to lay a gas pipeline. Pakistan and Russia have recently signed a government-to-government deal to lay a $2-billion LNG pipeline from Karachi to Lahore.

Pakistan, Turkmenistan to give big push to TAPI project

The cost of the Gwadar LNG pipeline project, including its terminal, and TAPI amounts to $12 billion. Pakistan would have to finance only $500 million from its own pocket to implement these two projects.

Pakistan would import 1.3 bcfd of gas through TAPI gas pipeline, whereas 600 mmcfd of LNG would be imported through the terminal at Gwadar.

Pakistan, starved for energy, would be able to bridge a huge amount of its shortfall through these two projects. It will import 1 bcfd through the Iran-Pakistan (IP) gas pipeline project.

The Gwadar Development Authority (GDA) has also placed a request for 100 mmcfd gas to meet requirement of the city.