PM steps in to resolve row over Rangers’ special powers

PM steps in to resolve row over Rangers’ special powers 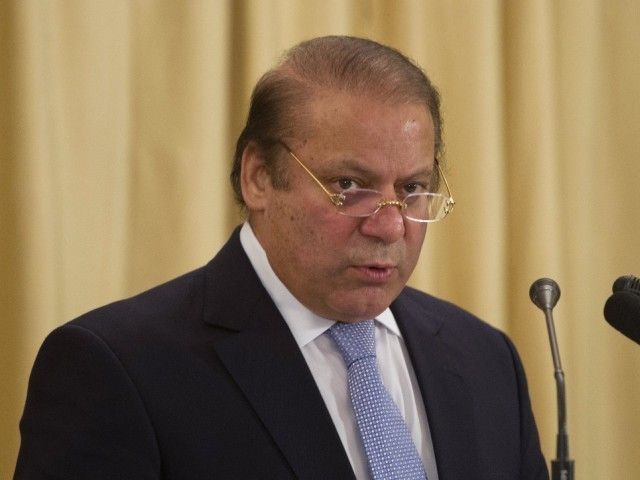 Prime Minister Nawaz Sharif stepped in late Sunday night to defuse a brewing controversy between the centre and Sindh over the extension of special powers to the paramilitary Rangers. After returning from Turkmenistan, the prime minister called up Sindh Chief Minister Qaim Ali Shah to discuss the matter.

According to sources, Nawaz and Shah discussed the prevailing law and order situation in the province. Shah briefed the premier about his government’s grievances vis-à-vis actions of the paramilitary force. He also complained to the premier about Saturday’s statements of the federal interior minister, Chaudhry Nisar Ali Khan.

At a news conference Nisar had said that the Pakistan Peoples Party was “hampering [the] Karachi operation to save one person [Dr Asim Hussain]”. He also threatened to make public the joint investigation report and supposed video confession of Dr Asim, on whom the entire controversy appears to be centred. Shah told the prime minister that his administration fully supported the Rangers. He also assured the premier that the targeted operation in Karachi would continue.

On his part, the prime minister assured the Sindh chief minister that the provincial government’s concerns would be addressed. They also decided to meet in Islamabad after Nawaz’s return from this three-day China tour where he will be attending a Shanghai Cooperation Organisation meeting.

Earlier in the day there were reports that the Sindh government will seek the assembly’s endorsement for extension of Rangers’ special powers. The assembly will convene on Monday (today).

The Sindh Assembly’s agenda for Monday (today) lists the resolution on ratifying Article 147 of the Constitution, which would extend special powers for the paramilitary Rangers in province, on number 11.

But Chief Minister Shah argued that calls for resolving the issue quickly were unwarranted. “We are well within the constitutional parameters, then why is there an unnecessary hue and cry,” Shah told reporters outside Benazir Bhutto’s mausoleum in Garhi Khuda Bux, Larkana.

Under the Constitution, the extension has to be ratified by the provincial assembly within a period of 60 days. Shah added that it may take them a few of days to complete the process. “Some people are ignoring this fact and are politicising this issue but I assure you that they will be disappointed,” he said without naming any one.

Ever since it embarked on an operation against criminals and terrorists, the paramilitary force has been granted special powers under which it can carry out investigations, conduct raids without a warrant and detain suspects for 90 days. But those powers – which are usually invoked for a stipulated period – lapsed on December 5.

To extend those powers for another term, the provincial authorities turned for the first time to the Sindh Assembly. “I’m in constant contact with Rangers and they are also in touch with me,” Shah added. “They (Rangers) were, are and will stand with us in the struggle to eliminate terrorists, restore peace.”

Referring to Nisar’s comments, Shah said the interior minister seemed to have mixed up different issues. He reiterated his stance that the National Accountability Bureau (NAB) was over stepping its jurisdiction. “We have not requested their assistance and their work in Sindh needs to be ratified by the assembly just like special powers for the Rangers.”

Meanwhile, Sindh Governor Dr Ishratul Ebad said there were some legal bindings due to which an extension of special powers for the Rangers needed to be ratified by the provincial assembly. “It is an administrative issue, which can be resolved.”

Members of the opposition in the Sindh Assembly have decided to stage a protest if the resolution is not ratified on Monday.

Talking to The Express Tribune, PTI MPA Khurrum Sher Zaman said that they had moved a resolution in the assembly for Rangers to be accorded special powers. If the Sindh government fail to the assembly’s endorsement for its resolution, the opposition will take it up.

Pakistan Muslim League-Functional (PML-F) parliamentary party leader Nand Kumar said his party would stage a protest within and outside the house if the resolution was not ratified.

After a glitch: Fund to help women inmates