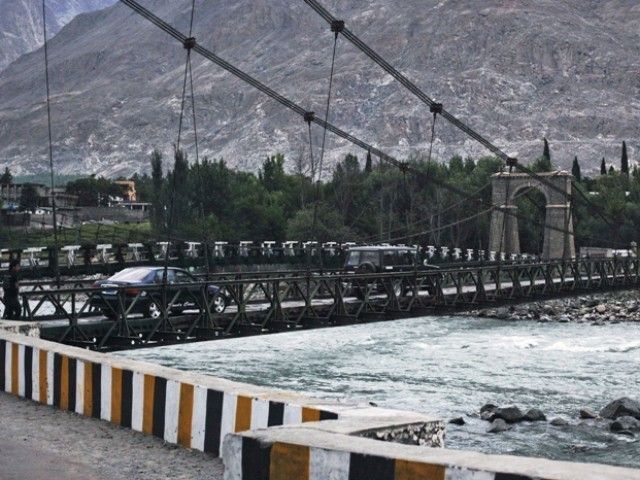 GILGIT: The Gilgit-Baltistan government has urged the federal government to release an additional $1 billion for the region for infrastructural development.

Talking to The Express Tribune on Sunday, an official at the chief minister’s office said the G-B government will spend the amount on education, health and power sectors as the region holds a key position in the $46 billion China-Pakistan Economic Corridor project.

G-B Chief Minister Hafeezur Rahman has also confirmed the demand for the funds. Speaking to journalists, he said the regional government has requested the federal government for funds in view of “G-B’s pivotal position in CPEC project”.

“G-B will obtain maximum benefits from the project as it serves as a gateway for the country,” Rahman said. “During my tenure, we have included 14 megawatts of power in the grid system. This has helped reduce the power crisis in the region.”

Lavish tourist resort to be built in Gilgit-Baltistan

Meanwhile, the multi-billion CPEC project will stretch across over 600 kilometres in G-B. The project will prove to be a milestone in the region’s development and ensure the welfare of the people.

Speaking to journalists in Gilgit on Sunday, Minister for Works Dr Muhammad Iqbal said the government has set targets for the next six months to provide relief to the public.

“We are paying attention to the power sector,” he said. “By the end of the next year, we hope to put an end to load-shedding in Gilgit as we plan to invest 400 million to produce 17 megawatts of power.”