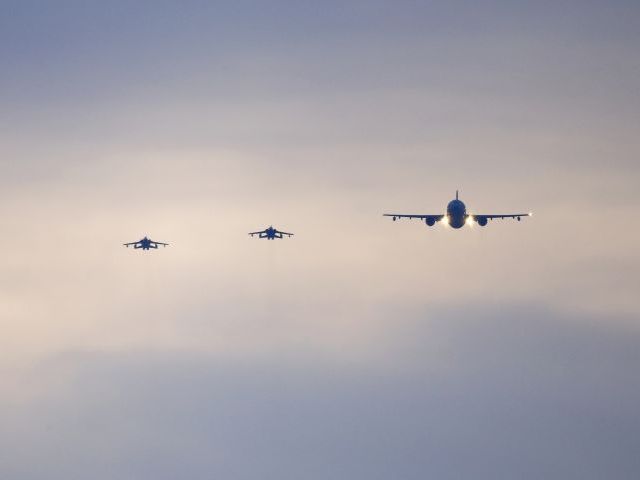 KARACHI: Pakistan’s airports are now set to generate huge revenues as more and more airlines touch there thanks to the new aviation policy.

Keeping in view the spirit of the Aviation Policy 2015, the Civil Aviation Authority (CAA) held talks for liberalising the existing and concluding new air services agreements with 17 countries at the International Civil Aviation Organisation’s (ICAO) Air Services Negotiation Event held between October 19 and 23 in Antalya, Turkey.

This undoubtedly is the first step to make the operations framework attractive for the airlines of other countries and making aviation activities more lucrative in Pakistan.

In fact, protectionism and restricted market access were the main hurdles to the growth potential of the country’s aviation sector. The new policy rightly addresses the problem by making air services agreements more liberal, ensuring greater business freedom, higher levels of customer satisfaction and greater micro and macro-economic growth in the aviation domain.

Furthermore, the open skies policy for other countries based on the principle of reciprocity is bound to give a boost to aviation activities in the country.

Apart from the bilateral air services agreements, Pakistan being a member of the D-8 is also negotiating multilateral agreements that will permit liberal air services between member states. Endeavours are being made to enter into similar agreements under the umbrella of the Economic Cooperation Organisation (ECO) and Saarc.

The D-8 Organisation for Economic Cooperation, known as Developing-8, works on development cooperation amongst Bangladesh, Egypt, Indonesia, Iran, Malaysia, Nigeria, Pakistan and Turkey. Its objectives are to improve the position of member states in the global economy, diversify and create new opportunities in trade relations, enhance participation in decision-making at the international level and improve standards of living.

The execution of these air services agreements will obviously result in a massive increase in the flow of air traffic to Pakistan. To cope with the increase, there is definitely a need to improve airport infrastructure and run the airports on modern lines.

The CAA has decided to take various measures immediately. These include refurbishment of airport buildings, rehabilitation of airside infrastructure and strengthening of air cargo services to promote export of Pakistani products globally. Establishment of two state-of-the-art cargo villages – one in the north and the other in the south – are also on the anvil.

To accelerate the pace of work, the CAA has decided to appoint chief operating officers (COO) at major airports. Operational control of all agencies working at the airports like ANF, Customs and Immigration will be given to the COO for efficient airport operations.

Pakistani passport still among worst in the world: report

Moreover, rationalisation of duties and taxes in the aviation sector to help attract more businesses and provide benefits to the end-users is an absolute must. Restructuring and simplification of taxes in line with best international practices is in the process.

The CAA believes that higher taxes and duties negatively impact the transportation activity, which in turn adversely impacts economic growth and employment opportunities. It advocates there should be no taxes and duties on investment in the aviation sector.

According to the new aviation policy, currently, the airline and airport industry supports about 58.1 million jobs (8.7 million are within the sector itself, working for airlines, at airports) and contributes $2.4 trillion to the global gross domestic product (GDP), equivalent of 3.4% of global GDP.

Developing countries in Asia enjoyed steady economic growth at 6.2% in 2014. Asia’s population and income growth is expected to continue through at least the first half of the 21st century.

If the current growth rate continues, by 2050, Asia’s per capita income could rise by 600% matching Europe and other western countries, and this growth will generate major changes in the travel market.

Aircraft manufacturers estimate the region’s airlines will need an additional 12,820 airplanes valued at $1.9 trillion over the next 20 years. That would represent 36% of the world’s new airplane deliveries.

Air transport is indispensable for business and tourism of Pakistan, which are the principal foundation of economic growth, particularly for developing economies.

The open skies policy promises much in terms of growth potential. Let’s hope Pakistan is able to utilise it to its advantage.

Private sector must have role in production of defence goods