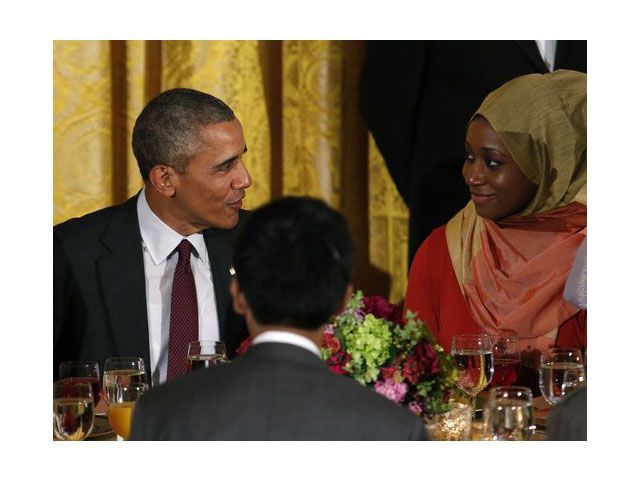 President Obama talks to a guest during an Iftar dinner celebrating Ramadan in the State Dining Room at the White House on June 22. PHOTO: AFP

US President Barack Obama declined to declare the Muslim holidays of Eidul Fitr and Eidul Azha a national holiday after more than 100,000 people signed an online petition calling for the designation.

President Barack Obama “understands the importance” of the three-day event that marks the end of Ramadan – but said it’s up to Congress to make the call, the White House’s said in response to a petition on its “We the People” site.

“Proposals for new permanent federal holidays are typically the province of Congress,” the White House added.

The White House’s response came after the petition created in September garnered more than 100,00 signatures prompting federal ministers to review it and issue a response.

“There is a large population of Muslim people in the US and the two holidays that are celebrated are not recognised in calendars to mark these special days,” the petitioners wrote. “Students are missing out on school, people taking time off from work; this is all because these holidays are unknown.”

The White House also observed that states, cities and school districts can set their own holidays and that employers can make accommodations to employees in line with their religious occasions.

New York City’s school district became the largest in the nation earlier this year to recognise Eid as an official holiday.