Over 390,000 Britons petition to ban Trump from UK

Over 390,000 Britons petition to ban Trump from UK 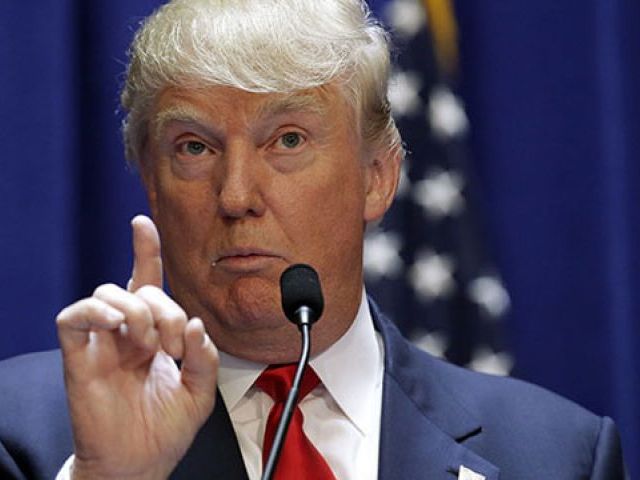 LONDON: More than 390,000 Britons have signed an online petition to ban US Republican presidential front-runner Donald Trump from the country following his proposal to ban Muslims from entering the United States.

Trump, who owns two golf courses in Scotland which he visited earlier this year, called for a complete shutdown of Muslims entering the United States “until our country’s representatives can figure out what is going on,” following last week’s deadly shooting spree in California by two Muslims.

“The UK has banned entry to many individuals for hate speech. The same principles should apply to everyone who wishes to enter the UK,” said the petition.

“If the United Kingdom is to continue applying the ‘unacceptable behaviour’ criteria to those who wish to enter its borders, it must be fairly applied to the rich as well as poor, and the weak as well as powerful,” it added. Six MPs have also signed a House of Commons motion brought by Labour member Imran Hussain calling on the government “to refuse a visa allowing Donald Trump to visit the UK until Mr Trump withdraws his comments”, saying they were “extremely divisive and will incite discrimination and hatred.”

Trump, the leading candidate for the Republican presidential nomination, called for a “total and complete shutdown of Muslims entering the United States until our country’s representatives can figure out what is going on” following recent terror attacks that left 14 dead in California and 130 dead in Paris.

He later defended his comments on US network MSNBC, saying: “They have sections in Paris that are radicalised, where the police refuse to go.

Trump defends proposed Muslim ban from US as outrage mounts

“We have places in London… that are so radicalised that the police are afraid for their own lives.”

More than 17,000 had signed another petition, also launched by Kelly, calling on the Robert Gordon University in the Scottish city of Aberdeen to strip Trump of an honorary degree awarded in 2010.

Kelly is one of many Aberdeen residents and environmentalists opposed to Trump’s coastal golf course and hotel development, and a map of the government petition revealed a high number of signatories in the local area.

Go to hell’: Trump under fire over Muslim ban call

She submitted her draft government petition last week after Trump, whose mother was Scottish, made inflammatory remarks about Mexican immigrants, but it had been under review by Parliament’s Petition Committee before going online Tuesday.

Scotland’s First Minister Nicola Sturgeon said Trump’s remarks on Muslims were “obnoxious and offensive, and have rightly been condemned by people across the political spectrum.”

Any British citizen can launch a petition on the government’s website, asking for a specific action from the government or parliament’s lower House of Commons.